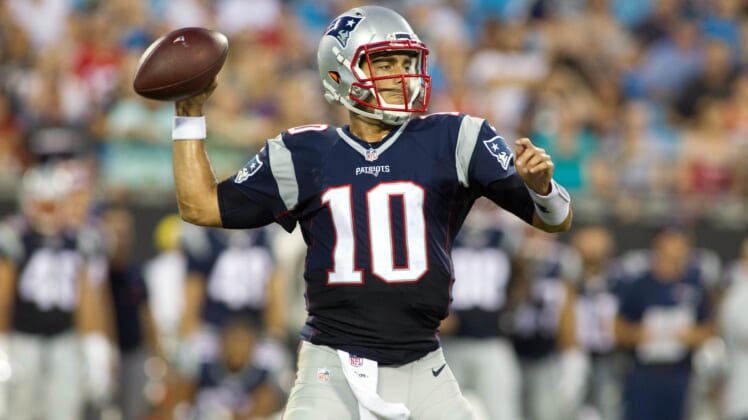 In a move that will rock the National Football League, the New England Patriots sent quarterback Jimmy Garoppolo to the San Francisco 49ers in exchange for a 2018 second-round pick on Monday night, reports ESPN’s Adam Schefter.

The ramifications for this are wide-reaching for both sides. For New England, there is no longer a succession plan for Tom Brady’s retirement. Garoppolo was thought to be their next starter — especially after his performance during Brady’s suspension last year. However, with Garoppolo’s contract ending after this year, the Patriots were faced with a choice: sign the 25-year old to a large extension despite the prospect Brady could play a few more years, trade him, or let him walk in free agency. Apparently, the ever-ruthless Bill Belichick chose option two. This means New England may truly believe Tom Brady when he says he could play five or six more years.

As for the 49ers, this is Kyle Shanahan and John Lynch pushing all the poker chips toward the center of the table. Instead of taking a quarterback early in the 2018 draft or signing Kirk Cousins, it will be Garoppolo in San Francisco for the foreseeable future. It’s certainly a bold move given that Garoppolo has played just 1.5 competitive games — remember, he got injured midway through Week 2 against the Miami Dolphins last season. However, if the Eastern Illinois product plays as well for San Francisco as he did in those games, the results could be immediate, especially given Shanahan’s offensive prowess.