Cam Newton on contract with Patriots: This is not about money, it’s about respect 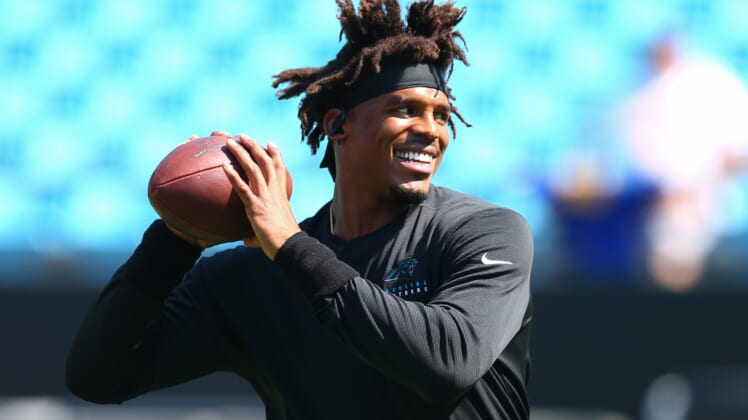 The New England Patriots’ decision to sign former NFL MVP Cam Newton to a one-year contract this past weekend shocked the NFL world. New England was seemingly prepared to go with Jarrett Stidham as its starting quarterback to replace Tom Brady.

Once details of Newton’s contract emerged, the shock factor doubled. He received a base salary of just over $1 million with a ton of incentives. Newton is now speaking out about said contract after facing backlash around the league.

Cam Newton on contract with Patriots: This is not about money, it’s about respect

It must have been hard for the former No. 1 overall pick to sit on the sidelines as other lesser quarterbacks latched on with NFL teams. Carolina’s decision to release Newton so late in the free-agent process did not help, either.

Newton, 31, was playing under a five-year, $103.8 million extension he had signed with Carolina back in 2015. To go from north of $20 million per season to $1-plus million had to be a shock for the former No. 1 pick. Though, he does have a chance to earn multiple of millions in bonuses throughout the 2020 season.

Newton played just two games last season after suffering a Lisfranc injury in September. That came after the former Super Bowl signal caller underwent off-season shoulder surgery. This obviously played a role in the lack of interest in Newton’s services.

Since earning the NFL MVP back in 2015, it’s been completely downhill for the quarterback. Newton has thrown 65 touchdowns compared to 44 interceptions while boasting a 23-23 record since the start of the 2016 season. He now has a chance to gain respect and turn it around with the Patriots.