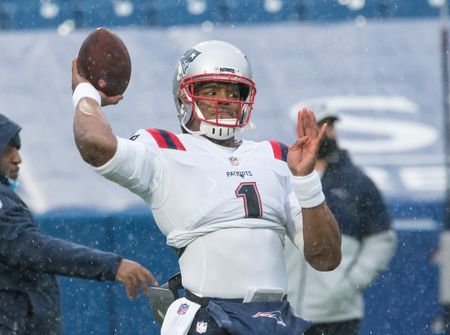 Cam Newton believes the Patriots can get the train back on the tracks but pinpointed the start of a “slippery slope” for New England as the arrival of the COVID-19 crisis in the team’s locker room.

“Going back, and knowing this team as well as I do, coming off that Raiders win I think everyone had a full head of steam and momentum,” Newton told WEEI in Boston on Monday morning. “Then obviously what happened with COVID and everything like that, it’s just been a slippery slope, trying to regain your footing.”

Newton said no one in the Patriots’ locker room is waving the white flag on the heels of Sunday’s loss to the Buffalo Bills. The defeat dropped the Patriots to 2-5 and into third place in the AFC East.

New England has four losses in a row since beating the Las Vegas Raiders on Sept. 27. Six days later, and one day before the Patriots were scheduled to visit the Kansas City Chiefs, Newton tested positive for COVID-19. The next week, 2019 NFL Defensive Player of the Year Stephon Gilmore tested positive.

“This losing streak, it has affected everybody. But I don’t think nobody has consciously folded the tent and said, ‘I’m gonna give up.’ Because that’s not the case,” Newton said.

Newton’s role as the starting quarterback became a public discussion point last week. He hasn’t thrown a TD pass since the win over the Raiders and has five interceptions in the past three games. A critical fumble on Sunday helped the Bills seal a 24-21 win.

“I’m putting in the time,” Newton said Monday, adding that players are staying after practice and remain dedicated to getting wins. “But for it not to transition into in-game success, that’s the most frustrating thing about the game of football. Because we’re all judged on ‘Did you win on Sunday? OK, why didn’t you win. It must have been something that you did on Thursday, Friday. You must have been out at the club or you must have been just breezing by.’ And it’s true, but it’s just hard to fathom that we play this game and so much hard work goes in vain when you don’t win.”

New England’s next two games are in primetime: Week 9 against the winless New York Jets on Monday Night Football and Nov. 15 against the Baltimore Ravens (5-2).