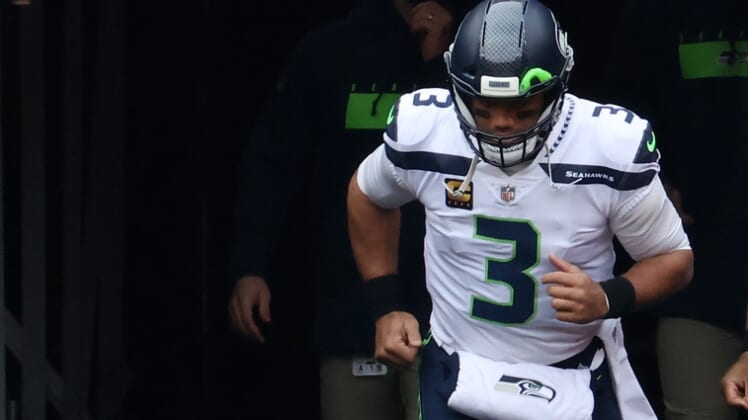 NFL rumors are hitting overdrive during the early stages of free agency this year. That’s primarily including those who have hit the open market.

However, there’s a much larger backstory here. It includes Seattle Seahawks quarterback Russell Wilson being upset about the direction of the organization and the potential that the Super Bowl winner could be traded. Back east, the New York Jets could soon move off former No. 3 pick Sam Darnold to make room for incoming 2021 NFL Draft pick Zach Wilson.

As the quarterback situation evolves around the league, NFL rumors continue to point in the direction of a few blockbusters ahead of the draft next month. Could both Wilson and Darnold be involved? This one report suggests that might very well be the case.

“Keep an eye on Seattle for Darnold”

“Seahawks coach Pete Carroll has a high opinion of Sam Darnold and could end up trading for the Jets quarterback if Seattle deals Russell Wilson,” Pat Leonard of the NY Daily News reported Monday evening.

An unnamed source told Leonard to “keep an eye on Seattle for Darnold.”

Now, that would just shake up the foundation of the league in one fell swoop. And while recent suggestions are that Wilson doesn’t expect to be traded this offseason, what we saw during the first day of NFL free agency could change the landscape here.

Seattle was largely inactive while other teams upgraded their offensive lines with big-money contracts. For Wilson, that’s been one of the major issues he’s had with Pete Carroll and the Seahawks in recent years.

In fact, the future Hall of Famer has been sacked an NFL-high 394 times since entering the league in 2012. That includes a whopping 146 times over the past three seasons alone.

Wilson’s agent has given Seattle a list of four teams that he would accept a trade to. Two of them, the Dallas Cowboys and New Orleans Saints, are unlikely to go that route after working out new contracts for incumbent quarterbacks. That leaves the Chicago Bears and Las Vegas Raiders atop Wilson’s list.

NFL rumors suggest things are not right in Seattle

Despite the recent report indicating a trade is unlikely to happen this offseason, it’s rather clear that the Seahawks made it public that Carroll is interested in Sam Darnold.

It ups the ante a bit when it comes to Wilson and his stance right now. Remember, Seattle is not happy that he took his issues with the organization and made them public record.

Whether Carroll and the Seahawks are actually interested in Darnold remains to be see. He is a product of USC. Carroll coached the Trojans for nine seasons before moving on to Seattle. While there’s no built-in relationship between the two, it’s still interesting.

Albert Brees of MMQB reported on Monday that eight teams have called the Jets about a Darnold trade. Whether Seattle is one of them remains to be seen. What we do know is that he’s likely to be moved ahead of the 2021 NFL Draft next month with New York interested in adding Zach Wilson to the mix.