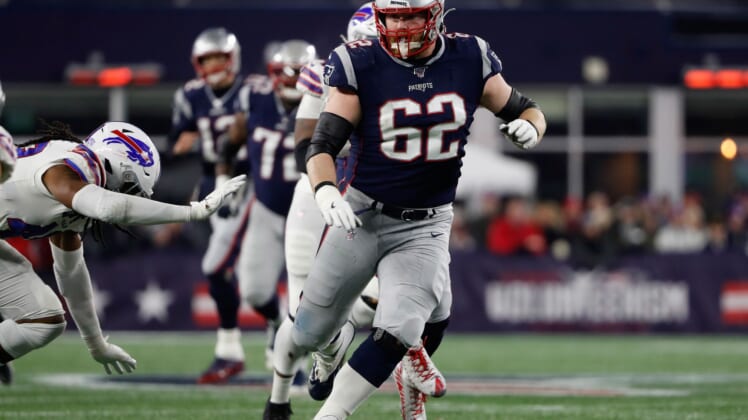 Once the Kansas City Chiefs released starting tackles Eric Fisher and Mitchell Schwartz last week, we knew something was up. Apparently, that plan included Joe Thuney of the New England Patriots.

In what has to be considered one of the biggest surprises of the early portion of NFL free agency, Kansas City has reportedly signed Thuney to a five-year, $80 million contract.

This comes after quarterback Patrick Mahomes was terrorized during the Chiefs’ Super Bowl loss to the Tampa Bay Buccaneers. It also changes the dynamics for Kansas City moving forward on the offseason.

The $16 million Thuney is set to earn on a per-year basis is the most for a guard over the course of a long-term contract in league history. Remember, the Washington Football Team placed the franchise tag on fellow guard Brandon Scherff for a second consecutive year earlier in March, paying him $18.04 million in 2021. However, that’s a mere one-year contract.

Thuney, 28, has been among the best guards in the NFL since his now-former New England Patriots team made him a third-round pick back in 2016. In fact, he’s started all 80 games over the course of the past five seasons. A two-time Super Bowl champion, Joe Thuney played under the $14.78 million franchise tag in 2020.

In addition to moving off both Fisher and Schwartz, the Chiefs are going to lose starting center Austin Reiter in free agency. Needless to say, general manager Brett Veach had to find some upgrades during NFL free agency. Thuney more than provides that.

According to Pro Football Focus, the North Carolina State product has allowed a mere three sacks in 48 games over the past three seasons. That was a major area of concern for Kansas City with Kelechi Osemele and Nick Allegretti seeing extended playing time a season ago.

The finances here are also interesting for Kansas City. It had to do some salary cap gymnastics simply to get under the $182.5 million NFL salary cap for the 2021 season.

That included restructuring the contract of Patrick Mahomes. Prior to this move, the Chiefs were an estimated $33.81 million under the cap. This will cut into that by a nice chunk depending on how the Joe Thuney contract is structured. With that said, the expectation is that Kansas City is in no way done rebuilding its offensive line.

NFL guard contracts as they stand

In terms of long-term deals, Thuney has set the mark on a per-year basis. Given just how important teams view the interior of the offensive line in today’s NFL, the market continues to reset itself on a never ending loop.

It’s going to be interesting to see who sets the market next at this all-important position. For now, the Chiefs get their man and Thuney gets paid big time.