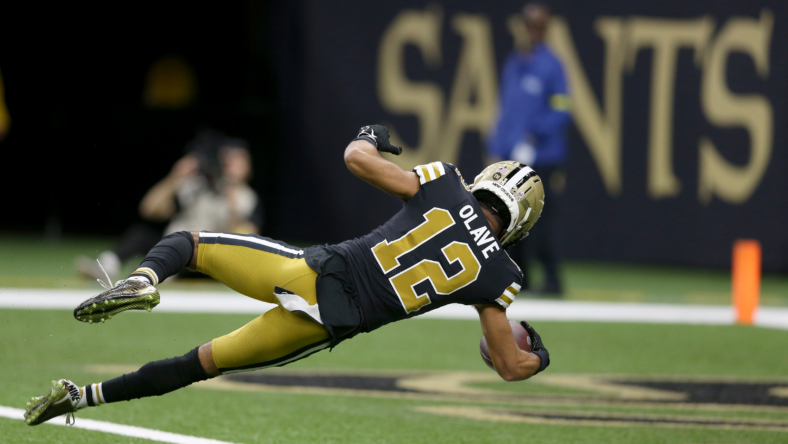 Some big-name NFL rookies did their thing during Week 11. This included top-10 picks in that of defenders Sauce Gardner and Aidan Hutchinson.

On the other side of the ball, a certain second-round pick in Buffalo put up the best performance of his young career. Meanwhile, multiple wide receivers put up brilliant outings in helping their teams to wins.

As we have done all season, here’s a look at the best performances from NFL rookies during the league’s Week 11 slate.

Buffalo viewed Cook as an immediate impact performer when the team selected him in the second round of the 2022 NFL Draft back in April. Contending teams don’t take running backs that high without an expectation of production out of the gate.

Leading up to Sunday’s game against the Cleveland Browns, that had not been the case for the former Georgia star. Cook had put up a total of 169 rushing yards in nine games. That changed big time as Buffalo ended its two-game losing streak.

Cook put up a career-best 86 yards on 11 attempts, including a 29-yard scamper as the Bills were able to provide Josh Allen with actual balance on offense. RB1 Devin Singletary also put up 86 yards of his own. This wasn’t lost on Allen following Buffalo’s 31-23 win.

“If we can run it like that we’re gonna continue to run it. That’s no secret,” Allen said of the Bills’ running game. “Very impressed by the way we ran the football.”

It’s in this that Cook is going to be among the most-important NFL rookies down the stretch. If he’s able to perform like this, Buffalo will be able to overcome recent struggles to compete in the AFC moving forward.

Defense was not a problem for the Jets in their ugly 10-3 loss to the division-rival New England Patriots. While he might not think so, Zach Wilson was to blame. In fact, the Jets had fewer first downs (nine) than punts (10).

This doesn’t take anything away from Sauce Gardner and the Jets’ defense. They yielded a total of three points before New England’s game-winning punt return late in the fourth quarter. Mac Jones completed just 10 passes to wide receivers. Gardner was thrown at a total of three times, showing himself to be a true shutdown guy in the process.

It’s crazy to talk about. New York might have the modern version of “Revis Island” out there and Gardner has played in all of 10 games in his career. He heads into Week 12 leading the NFL with 14 passes defended. Opposing quarterbacks boast a 49.8 passer rating when targeting the rookie. If only the other side of the ball could do anything.

Yet another rookie who had not done much leading up to Week 11, Burks stepped up big time during Tennessee’s win over the Green Bay Packers on Thursday. The No. 18 overall pick in April’s NFL Draft caught 7-of-8 targets from Ryan Tannehill for 111 yards. This is no small thing as the Titans won for their sixth time in seven games.

Just look at it from this perspective. Robert Woods entered Week 11 leading Titans wide receivers with 24 catches. If this team is going to become more balanced on offense and stop relying so much on Derrick Henry, it will need Burks to step up down the stretch. At least for one week, he did just that.

Hutchinson is playing at an entirely different level right now. Last week against the Chicago Bears, he recorded eight tackles and a sack. In Detroit’s previous outing, Hutchinson registered his first NFL interception. It came against Aaron Rodgers and the Green Bay Packers in the end zone, helping cement an upset Lions win.

A dominant figure during his time at Michigan, that has continued in the NFL. Daniel Jones found this out first-hand in Detroit’s third consecutive win on Sunday. The New York Giants’ quarterback was picked off by Hutchinson with the Lions down 6-3 in the second quarter. In turn, Detroit scored a touchdown and didn’t look back in what was a 31-18 win. The play itself was eye-opening in that the 265-pound defensive end dropped back in coverage to fool Jones.

If that weren’t enough, Hutchinson also recorded a fumble recovery midway through the fourth quarter — leading to yet another Lions touchdown. We’re talking about a game-changing player and one of the top NFL rookies through 11 weeks. This isn’t even in question. What we saw Sunday in the Meadowlands adds another layer to that.

Related: Top NFL rookies on each side of the ball

Olave has been one of the few bright spots for a struggling Saints team this season. In just their fourth win of the campaign Sunday against the Los Angeles Rams, the first-year player from Ohio State was up to his old tricks.

Olave caught 5-of-6 targets for 102 yards and a touchdown. Said score went for 53 yards on a pass from Andy Dalton late in the third quarter to give New Orleans a two-score lead over the defending champs.

This is insane. Chris Olave legitimately torched one of the best cornerbacks in the NFL in the form of Jalen Ramsey in what was a game-changing play for the Saints. By virtue of his third 100-yard game of the season, Olave is on pace for north of 1,200 yards. It has him as one of the best NFL rookies regardless of position.