How to Watch College Football Without Cable Live (2022)

Watching your favorite college football teams face off against each other is convenient with streaming options. 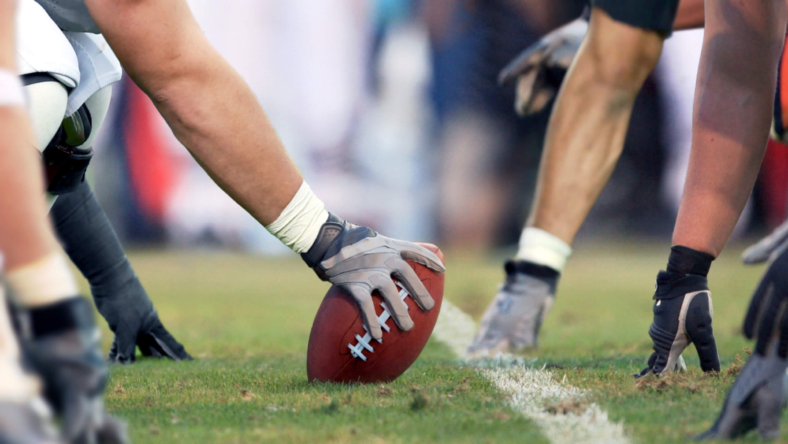 The college football season is well underway, and with it comes the beloved rivalries everyone loves to watch: Auburn vs. Alabama, Michigan vs. Ohio, and so on. If you want to know how to watch college football without cable, here’s the good news: There are several streaming options for you.

Choosing between the options on our list can be tough, but it boils down to whether you want to watch the SEC Network, the Pac-12 Network, or the Big Ten network. While there’s some overlap, the Pac-12 Network is the one with the least coverage — but we show you just where to find it.

How to watch college football

If you’re already chomping at the bit to shout “Roll Tide,” you’ll know that most college football games are aired on major networks like CBS, Fox, and ABC. You’ll also be able to catch them on dedicated channels, such as the SEC Network and Big Ten Network. If you aren’t a subscriber, you don’t have access to those networks where you are, or simply want an alternative to cable TV, you can stream your favorite college teams with streaming services like FuboTV, Sling TV, and Hulu + Live TV, and more.

Sling TV, especially Sling Orange, is a fantastic option for anyone that’s a fan of NCAA football. Its base package is $40 and includes 31 channels like ESPN, FS1, and the NFL Network, but the Sports Extra add-on is only $11 more per month and gives access to the Pac-12 Network, the SEC Network, and ESPNU. It’s the ideal choice for someone who’s a fan of the Mountain West conference but lives on the East Coast.

Of course, fans of professional football can get Sling Blue for access to more pro-oriented channels — or you could get Sling Orange & Blue and have access to everything the streaming service has to offer. Sling Blue is $40 per month, too, while Sling Orange & Blue is only $55 for both. While there’s no free trial, you can get half off your first month of the service.

FuboTV is a great replacement for cable, especially since it has a staggering number of channels depending on the plan you choose. Even if you’re only going with the base Pro plan, it has 124+ channels, including ABC, CBS, the Big Ten Network, the SEC Network, and much more. If you’re going to be busy when your favorite team plays, then FuboTV’s Cloud DVR service is the solution. With 1,000 hours of space, you can record the game to watch later.

If you want access to even more NCAA content, the Sports Plus with NFL RedZone is an extra $10.99 per month and lets you access the Pac-12 Network, ESPN News, and 26 other channels. These are only available through that specific add-on. As an added incentive, FuboTV offers a free seven-day trial, so you can check it out risk-free.

Hulu + Live TV offers plenty of sports offerings. In addition to the basic channels like ABC, CBS, ESPN, and MSNBC, you also get the SEC Network and Big Ten Network. Bear in mind that channel options do vary by ZIP code, though. You can also opt for more channels with more of a pro focus if you get the Sports Add-on, as it includes NFL RedZone. That’s another $9.99 per month, but it’s not a necessity if you prefer college football.

You can also get ESPN Plus if you prefer. Hulu + Live TV starts at $69.99 per month, but that’s for the ad-supported option. If you want to go ad-free, you’ll pay $75.99 monthly. While this may not be in the budget for everyone, for the sports lovers that have it, you won’t be disappointed with the selection available.

Vidgo is a great option for college football, carrying channels like the Big Ten Network, the SEC Network, and the Pac-12 Network — all for the relatively low price of $59.95 per month, no add-ons needed. Viewers even get 20 hours of free DVR for the first 90 days at the lowest tier, or 20 hours free if they subscribe to the English Premium package. While there’s no free trial for Vidgo, you can cancel at any time since the service doesn’t require contracts.

If you’re a college football fan, then DIRECTV STREAM’s claim of being the best provider of regional sports networks makes it appealing, as do its four different price tiers. Even the lowest, priced at $69.99 per month (though there is a promotion to get the first two months at just $49.99), provides more than 75+ channels and unlimited cloud DVR storage.

DIRECTV STREAM also includes a five-day free trial, so you can check out everything the service has to offer before committing, as well as SHOWTIME, STARZ, EPIX, and Cinemax for the first three months.

Kick off the collegiate season with the right streaming service

Whether you’re cheering for Auburn or you’re a die-hard Dawgs fan, it’s simple to watch college football when you’re away from home. You can’t always be on the couch when your favorite games come on, but you can stream them from anywhere with a service like FuboTV. It’s one of the best options not only for college football but also for nearly everything else. Although the price is slightly higher than its competitor, Sling TV, FuboTV comes with almost every channel a fan could ask for.

Which streaming service is best for college football?

FuboTV offers the widest range of sports channels, as well as other options for when the game ends.

Where can I stream college football?

Can you watch live college football on Amazon Prime?