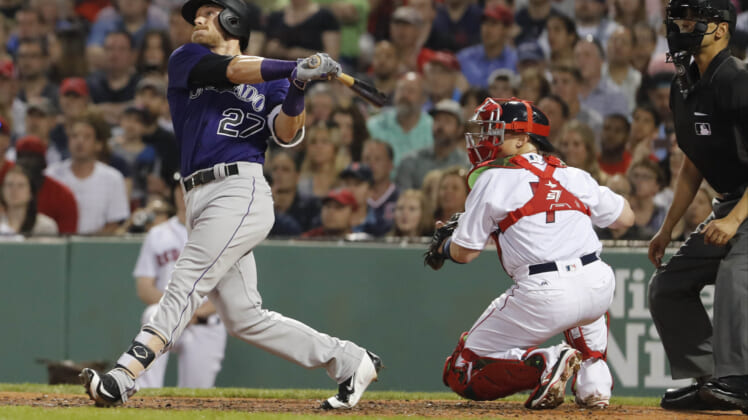 The Boston Red Sox schedule is fast approaching and the franchise created a ton of excitement before Opening Day by signing All-Star shortstop Trevor Story to a six-year, $140 million deal.

Although he’s coming off an uncharacteristic season at the plate, the 29-year-old is one of the premier shortstops in the sport. He’s an electric hitter from the right side who slugs at a high level, frequently swipes bags and is a plausible fielder. The problem? This is a forced move for the Red Sox.

Here’s why Trevor Story is an ineffective signing for the Red Sox.

How much better does Trevor Story make the Boston Red Sox?

Any MLB team is better with Trevor Story. That’s not the problem, here. This transaction is bizarre because the Red Sox didn’t need a shortstop or even another All-Star-caliber hitter.

Like Story, Xander Bogaerts is one of the best shortstops the sport has to offer. He’s also one of the long-standing members of this Boston core and arguably their most consistent hitter.

Now, Bogaerts has an opt-out in his contract after the 2022 MLB season. Perhaps the Red Sox think having Story play second base for a year and then supplanting Bogaerts in 2023 at shortstop is worthwhile?

The closest example to this is Trea Turner playing second base for the Los Angeles Dodgers last season and moving back to his natural position, shortstop, this season after Corey Seager signed with the Texas Rangers.

At the same time, a lot can go wrong with this experiment. One proven commodity is going to be playing a position they’re inexperienced with at the big-league level. This raises the possibility of defensive miscues in the infield. Furthermore, how much better does Story’s arrival actually make the Red Sox’ offense?

Manager Alex Cora’s offense includes the likes of Bogaerts, Rafael Devers, J.D. Martinez, Bobby Dalbec, Alex Verdugo and Enrique Hernandez. This unit has continually been one of MLB’s most dangerous and productive offenses since 2018. They weren’t exactly in desperate need of another impact bat.

Even if Story returns to being his profile self at the plate, he’s going to barely enhance their collective offensive production. Couldn’t Boston have signed a low-cost veteran to play second (e.g. Donovan Solano or Josh Harrison), preserving payroll and still doing the trick?

Part of the money the Red Sox would’ve saved by passing on Story could’ve been allocated to an aspect of their roster that needed a boost: their starting rotation.

Yes, Boston has a respectable rotation at face value. A healthy Chris Sale is an ace. Tanner Houck flashed the potential to be a high-level starter last season. Nathan Eovaldi has been there, done that. One figures at least one of the pitchers Boston inked to a prove-it deal (James Paxton, Rich Hill and Michael Wacha) holds their own in 2022.

On the other hand, Sale, 32, recently suffered a rib injury, which comes after a two-year absence due to an elbow injury. Houck doesn’t have a full MLB season as a starter under his belt. Paxton and Hill have continually been held back by injuries. Wacha and Nick Pivetta are inconsistent.

How can the Red Sox realistically pitch that they have a sturdy rotation with upside? There’s a question mark with every member of their rotation, which was the same problem they had last season.

Now let’s imagine the Red Sox signed one of the top starters on the open market instead of Story (Robbie Ray, Kevin Gausman or Carlos Rodon): they’d have another top-of-the-rotation starter and perhaps a new ace. That would give them legitimate reason to be bullish about their win total increasing from last season (92).

Last season, four teams won 91-plus games in the American League East (Tampa Bay Rays, Boston, New York Yankees and Toronto Blue Jays). These teams are all on the same level from a competitive standpoint. There’s no margin for error when it comes to making the AL playoffs, let alone winning the AL East. 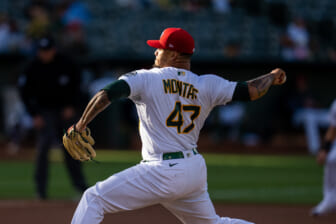 It’s possible the Red Sox signed Story because they had the payroll flexibility, and there was mutual interest. That mindset could derive from the aforementioned competition in their division. Throw something to the wall, and see if it sticks. All that said, this signing isn’t moving the needle on the field.

The Red Sox aren’t worse with Story, but one has to reach to find how they’re better with him in the fold. The two parties aren’t a match.