Is Sam Darnold already destined for failure with the Carolina Panthers? If Teddy Bridgewater's comments are any indication, quite possibly so.

The Carolina Panthers are proceeding with Sam Darnold as their starting quarterback, but his predecessor, Teddy Bridgewater, had some discouraging things to say about how the team’s practice habits that doesn’t bode well for the younger signal-caller’s success in Charlotte.

Bridgewater recently spoke about his time with the Panthers on the “All Things Covered” podcast with NFL veterans Patrick Peterson and Bryant McFadden, and implied the offense could’ve been better if its preparation was on point, per ESPN.com’s David Newton:

Now, let’s remember that Panthers head coach Matt Rhule came from the college ranks and may be adjusting to the differences between the NCAA and pro games. However, Carolina does have a reputable offensive guru as its play-caller in Joe Brady, whose experience covers college and the NFL.

Given that Darnold is learning a new system and is facing immediate pressure to perform right away, it feels like the deck may already be stacked against him.

Darnold was the third overall pick in the 2018 NFL Draft, and the New York Jets absolutely failed him in every way. They just drafted his replacement, Zach Wilson, with the No. 2 selection this year.

In an NFC South that has a relatively stable organization in the Atlanta Falcons going through a regime change, and the New Orleans Saints transitioning from the Drew Brees era, there’s real opportunity for Carolina to compete. It all boils down to how good Darnold is.

Turnovers plagued Darnold’s career at USC, and those bad habits followed him to the NFL. Between that and multiple coaching staff and front office changes during his time with Gang Green, he wasn’t in any position to thrive, much less be an above-average QB.

Adam Gase shoulders a lot of blame for how bad Darnold was, and rightfully so. Ryan Tannehill almost got his career wrecked by Gase before getting a new lease on life in Tennessee, and becoming a legitimate star.

Panthers fans are hoping a similar situation unfolds with Darnold joining forces with Brady. In light of Bridgewater’s remarks, though, maybe that’s not in the offing. 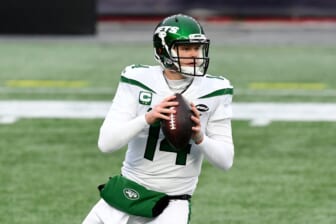 Is Joe Brady really the answer for Sam Darnold?

Brady has spent time on Sean Payton’s Saints staff and was the passing game coordinator for LSU’s national championship team in 2019. That was a roster loaded with NFL talent and quarterbacked by eventual No. 1 overall pick Joe Burrow.

It’s hard to imagine that when Brady was in New Orleans, Brees wasn’t a maniac about situational football, two-minute drills and red zone reps in practice. How else would he have had such a legendary career? And at LSU, Brady had the luxury of a special player in Burrow, who showed elite processing ability, uncanny downfield accuracy and could extend plays with his legs, too.

Bridgewater’s mobility has been limited since a major knee injury, but his limited arm talent has popped up as an issue throughout his NFL career. It’s not like anyone was expecting Bridgewater to emerge as a top-10 QB last year. 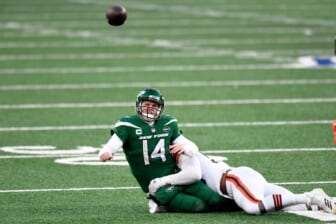 In the case of Darnold, he’s still just 23 years old and has the athleticism and arm strength to succeed. What he lacks is consistent accuracy, and he also lags behind Burrow in decision-making and ability to read a defense, even though Darnold is years ahead in NFL experience.

Burrow is cited as the comparison here, because his strengths are different than Darnold’s but more similar to his than Bridgewater’s. It’s asking a lot for Darnold to be a cerebral, on-schedule, full-field-reading Pro Bowler who can fully execute Brady’s system.

To master Brady’s offense, Darnold needs every rep he can get and then some. Also, these Bridgewater comments wouldn’t be such an issue if, you know, eight of the Panthers’ 11 losses in 2020 weren’t by one possession.

All-world tailback Christian McCaffrey has had 100 receptions in a season before. The receiver duo of DJ Moore and ex-Jets Robby Anderson, plus the additions of rookie wideout Terrace Marshall Jr. and first-year tight end Tommy Tremble, provide Darnold with plenty of weapons. The question is, can he execute?

Giving the ball away is something that tends to stick with quarterbacks, particularly if there’s multiple years of them showing those red flags. McCaffrey’s rushing ability should help, but Carolina’s offensive line is still a little dubious, and Darnold’s penchant for making plays out of structure may throw Brady’s system off track.

A 95.2 passer rating doesn’t seem that bad, considering that, say, Brees has a career mark of 98.7, which ranks fifth all-time.

However, if you put that figure in for last year’s qualifying quarterbacks, it’d only put Darnold at 18th. Given how young the Panthers are, they need him to be better than that to truly compete for the playoffs in the NFC.

Maybe Bridgewater’s critique will be a wake-up call for Carolina’s staff. Otherwise, Darnold may be out of luck at his next NFL stop, which may represent his last chance to be a legitimate starter. 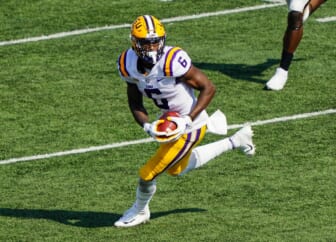