Carolina Panthers draft WR Terrace Marshall Jr. in the second round of the 2021 NFL Draft 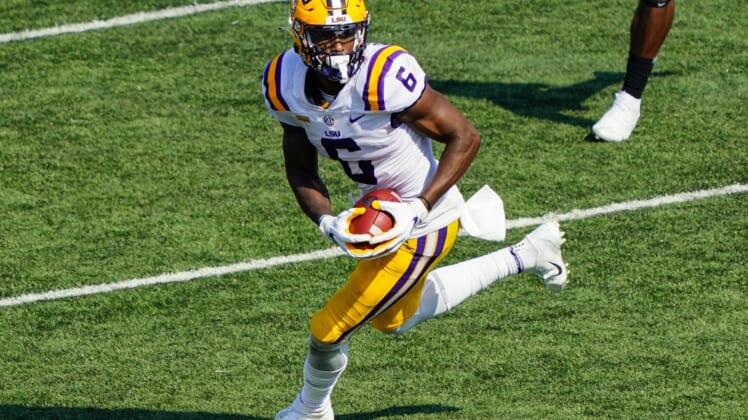 The Carolina Panthers have found some help for new quarterback Sam Darnold. It comes in the form of former LSU wide receiver Terrace Marshall Jr. with the 59th overall pick in the second round of the 2021 NFL Draft.

At 6-foot-3, Marshall Jr. is that big-bodied target that could work extremely well in the Panthers’ offense while catching passes from Darnold. He was tremendous over the past two seasons with LSU, catching 94 passes for 1,402 yards and 23 touchdowns. That touchdown rate has to be enticing for Rhule and Co.

What makes Marshall Jr. an even more intriguing prospect is his explosiveness off the line and ability to take the top off the defense. Combine that with his frame, and we could very well be looking at a Round 2 steal.

Marshall Jr. was our 25th-ranked prospect heading into the 2021 NFL Draft.