Phoenix Suns vs Dallas Mavericks: 4 winners and losers from Game 1 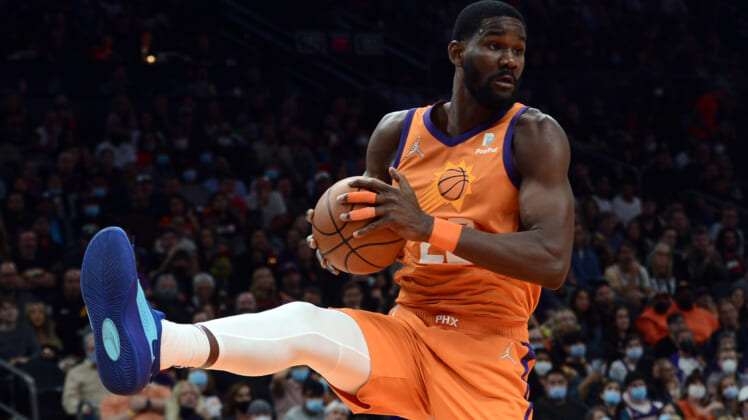 After posting a 64-18 record during the regular season, Phoenix had a hard time of it in a six-game series win over the New Orleans Pelicans in Round 1. Overcoming an injury to Luka Doncic that cost him the opening of their first-round series, the Mavericks took out a struggling Utah Jazz squad in the opening round.

Heavily favored to come out on top and take on either the Golden State Warriors or Memphis Grizzlies in the Western Conference Finals, Phoenix pretty much had control of this one throughout.

Devin Booker electrified the home crowd and mocked his Mavericks opponents en route to scoring 13 points in the first quarter. Phoenix found itself up by 10 through 12 minutes.

The dominating offensive display did not end there with Phoenix shooting north of 60% through three quarters. Despite the continued brillant play of Luka Doncic and a fourth quarter run, Dallas just couldn’t hang with Phoenix in what ended up being a 121-114 loss in the Arizona desert.

Below, we look at four winners and losers from the Phoenix Suns seven-point win over the Dallas Mavericks in Game 1.

Winner: Deandre Ayton continues to excel for the Phoenix Suns

An impending restricted free agent, there’s every reason to believe that the 23-year-old Ayton will receive a huge pay day once the summer comes calling. The only question here is whether that will be as an NBA champion. If what we saw from the former No. 1 pick in the first round, he’s well on his way to hoisting the Larry O’Brien.

Ayton continued that excellence for the Phoenix Suns in Game 1. He shot 12-of-20 from the field, pouring in 25 points while grabbing eight rebounds in 33 minutes. Phoenix was also plus-10 win the 33 minutes he was on the court. It’s quickly becoming appparent that Ayton has turned into a difference-maker for the Suns.

Loser: Jalen Brunson’s hot streak comes to an end for the Dallas Mavericks

Brunson was somewhat of a revelation in Dallas’ first-round series win over the Utah Jazz. The former NCAA champion at Villanova averaged a whopping 27.8 points in the six-game series — picking it up with Luka Doncic hobbled. He was one of our biggest keys heading into this series for the Dallas Mavericks.

The guard just wasn’t up to snuff in Game 1 of the conference semifinals. Brunson shot a mere 6-of-16 from the field while scoring all of 13 points in 31 minutes of action. Dallas needs Brunson to step up and be that No. 2 option behind Doncic if Dallas is going to pull off the massive upset. We didn’t see that Monday night.

We’ve talked about the star duo of Chris Paul and Devin Booker in Phoenix. Ayton’s emergence to star status coupled with Mikal Bridges’ all-around play also has these Suns as title favorites. If Phoenix can get what we saw from Johnson in Game 1 moving forward, no team is going to take this squad out.

The former first-round pick played 24 minutes off the bench. He connected on 3-of-6 from distance. All said, the wing scored 17 points and finished plus-eight in his time on the court.

It’s sad that the early going of this game was defined more by the zebras than the players. That included Devin Booker being called for a ridiculous taunting technical foul after celebrating a block on Jalen Brunson.

As the game continued, Suns forward Jae Crowder legitimately kicked Luka Doncic in the groin — only to be called for a mere Flagarant 1. This came one day after Draymond Green was ejected for something far less. The last thing we need in the NBA Playoffs is officials becoming a part of the story. That’s been the case the past two days.

As Dallas made this one a game late in the fourth quarter, Doncic continued to play his heart out on both ends of the court. Without any real help from the rest of his team outside of Maxi Kleber (five made three-pointers), Doncic did his best to keep Dallas in the game.

When all was said and done, the generational talent had dropped 45 points on 15-of-30 shooting. He added 12 rebounds and eight assists in 44 minutes of action. The dude continues to play at an otherworldly level, and it could give Dallas a fighting chance against a vastly superior Phoenix Suns team.