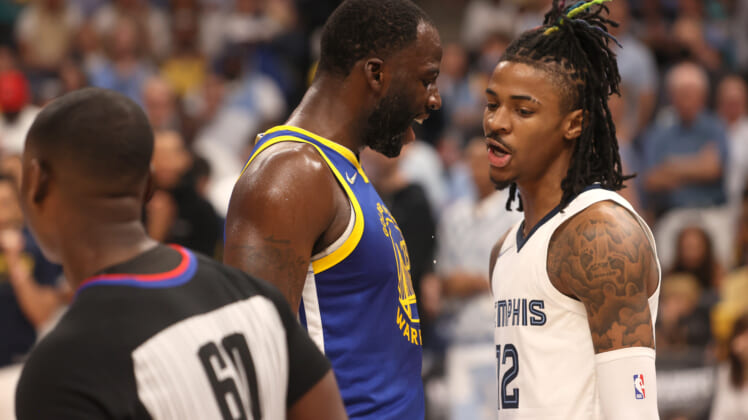 The Golden State Warriors need Draymond Green to refrain from his usual antics if they are going to advance to the Western Conference Finals and defeat the Memphis Grizzlies.

This was not the case during Game 1 of said series Sunday afternoon with Green getting ejected at the end of the second quarter.

Green’s ejection came after he pulled Brandon Clarke to the hardwood with a hard foul. Officials took forever on review. It’s a clear indication that they were deciding between a Flagrant 1 and a Flagrant 2. Check the play out below.

Even before the officials on hand called it a Flagrant 2, Draymond Green was seen dancing around the court while talking to Grizzlies fans. It was an ugly scene in Memphis.

That came as chants of “throw him out” came from Grizzlies fans inside FedExForum.

This isn’t going to help the Warriors as they attempt to steal Game 1 and take home-court advantage away from the Grizzlies.

Golden State was down just one when Draymond Green was tossed. They headed into the half down six.

For his part, the three-time champion put up six points, four rebounds, three assists, three steals and five turnovers in 17 minutes of action.