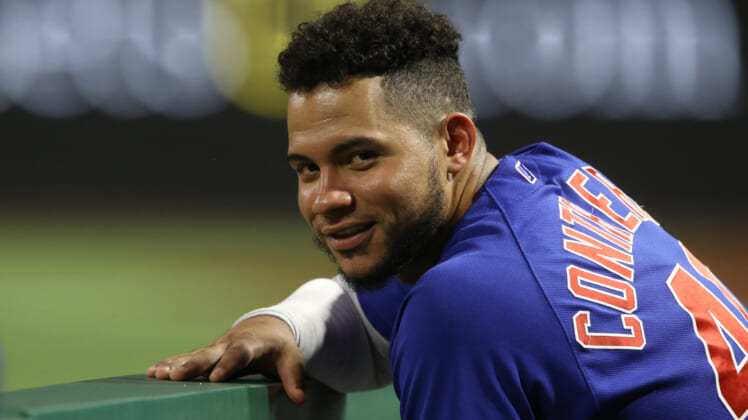 Summer in Major League Baseball brings MLB trades to spice up the postseason hunt and an MLB trade deadline that provides plenty of excitement for the baseball world. With the MLB playoffs, we could see more buyers this summer and that means a frenzy of moves.

The arrival of July means daily MLB trade rumors about what World Series hopefuls are pursuing and which marquee players could be on the move. While June proved to be very quiet for transactions, we’re expecting a lot more MLB trades in July.

Let’s dive into Sportsnaut’s preview of the MLB trade deadline, examining everything you need to know.

When is the MLB trade deadline?

The MLB trade deadline is Tuesday, August 2 at 6 p.m. ET. Under league rules, all MLB trades must be submitted to the league office by 6 p.m. ET. Once the deadline passes, players can still be claimed on outright waivers, but trades aren’t permitted.

While the MLB trade deadline is typically on July 31 each year, the new collective bargaining agreement provided commissioner Rob Manfred with the ability to move it. By scheduling it on a Tuesday, the league is hopeful there will be more trades and coverage instead of the deadline being on a weekend.

We’ll keep track of each of the significant trades involving MLB players through the MLB trade deadline.

In a surprising deals weeks before the MLB trade deadline, the Atlanta Braves traded former top prospect Drew Waters along with fellow prospect Andrew Hoffmann to the Kansas City Royals in a three-player package for the 35th overall pick in the 2022 MLB Draft.

This trade is allowed under MLB rules as it involves a selection in the competitive balance selection of the MLB Amateur Draft. Waters, once a top-50 prospect in baseball, has fallen off the radar a bit due to high strikeout rates (27.1% in AAA this year) and issues making consistent contact at the plate (.246/.305/.393 slash line in 210 PAs). However, this is still a 23-year-old outfielder with outstanding speed and some raw power. So, Kansas City added pitching depth to the system and bought low on Waters.

As for the Braves, a crowded outfield made Waters expendable. Now, Atlanta picks up a top-35 pick in a draft class that is pretty rich with talent in the 20-50 range. Overall, this is a deal that made a lot of sense for both sides.

Across 56 games this season, Bethancourt holds a .249/.298/.385 slash line. While the numbers aren’t elite, Bethancourt’s 99 wRC+ and .683 OPS represent an upgrade at the position. He is also very experienced at playing first base this season.

For the Athletics, Cal Stevenson is a 25-year-old outfielder in Triple-A. He slashed .265/.376/.353 with the Rays’ Triple-A affiliate, walking in 15.3% of his plate appearances. Christian Fernandez, a 22-year-old in A-ball, profiles as organizational depth who will spend a majority of his career in the minor leagues.

Following the Ty France injury, the Seattle Mariners needed a first baseman. The role will now be filled by Carlos Santana, coming over in a 2-for-1 deal struck with the Kansas City Royals.

Once one of the best sluggers in the American League, Santana is on the decline. He’s only hit four home runs this season and holds a .216 batting average through 212 plate appearances. However, the 36-year-old is a patient hitter with a 17% walk rate and more walks (36) than strikeouts. With Santana off the roster, Kansas City used the open spot in the lineup to call up top prospect Vinnie Pasquantino.

When will MLB trades happen?

While there are typically a few notable MLB trades in June, things have changed in 2022 because of the expanded postseason format and the new deadline date. Because of the new changes, most teams wanted to wait a few more weeks to see where they stood in the MLB standings before making significant moves.

There have been 18 MLB trades in June, according to MLB.com’s transactions page. However, each of the deals involved players who were either designated for assignment and moved for cash considerations or a swap of minor-league players.

Bigger deals are coming. We’ve got a much clearer picture of the buyers and sellers heading into July and teams are beginning to make their calls around the league. In the weeks ahead, we should see a few marquee names, All-Star candidates and everyday players involved in MLB trades in July.

Whether it’s the New York Mets seeking starting pitchers, the San Francisco Giants looking for a big bat, or the New York Yankees and Toronto Blue Jays competing for bullpen help, there is a wide array of talent available at the 2022 MLB trade deadline.

Here’s a quick overview of some of the players expected to be made available along with links to projected trades that showcase what it might cost to acquire them and potential landing spots.