4 trades to help the Washington Nationals build for the future 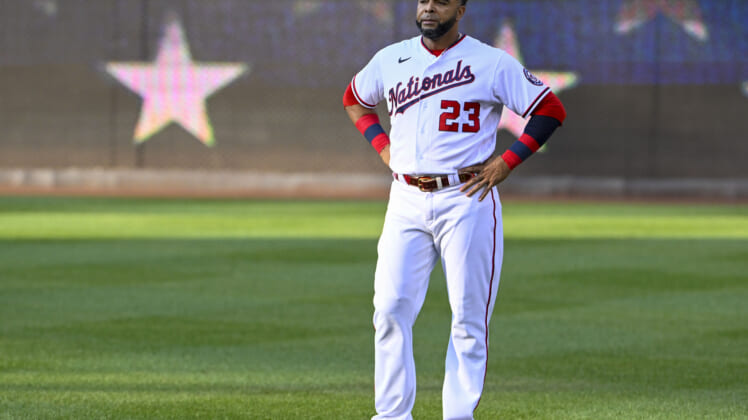 The Washington Nationals entered the 2022 MLB season hoping it would be a positive transition year for the club. Instead, the Nats find themselves towards the bottom of the MLB standings and ready to be sellers at the trade deadline on Aug. 2.

This won’t be a normal summer for Washington’s MLB franchise. It looks increasingly likely that the Nationals will be put up for sale within the coming months, with numerous bidders already emerging. While the ball club will stay in the region, a potential change in ownership could be another influence towards some of the Nationals’ best players being traded in July.

Juan Soto isn’t moving. For one thing, he is far too good of a player for Washington to risk trading him away for prospects. Furthermore, trading him would deal a massive blow to the Nationals’ franchise value. So, Mike Rizzo must find other ways to improve the club’s long-term outlook.

Here are four Washington Nationals trades that could help build towards the future.

Acquired by the Nationals in December 2020, Josh Bell provides steady production in the Nationals’ lineup. Bell, a switch-hitter, entered June 15 with an outstanding .294/.370/.439 slash line and a 125 wRC+. While he isn’t hitting for a ton of power this season, he’ll be an attractive trade option for teams needing a reliable bat for a playoff run. 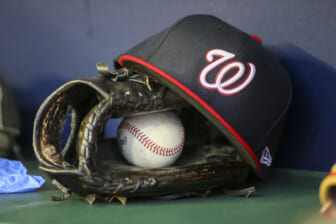 Boston stands out as an immediate landing spot. In the middle of June, Red Sox’ first baseman ranked 29th in wRC+ (68), batting average (.192) and posted the second-highest strikeout rate (27.9%) in the majors. Bell checks a lot of boxes and would be an immediate upgrade for a resurgent team.

In this deal, Washington agrees to cover $2.5 million of Bell’s remaining salary for the season. By doing so, it enables a return of promising right-handed pitcher Wilkelman Gonzalez. Rated as the No. 9 prospect in Boston’s farm system by MLB Pipeline, there is considerable upside here.

On the surface, it looks like the 6-foot righty is struggling this season. Through 43.2 innings, he holds a 4.33 ERA as he repeats A-ball and command (13.5% walk rate) is a problem. However, he is holding opponents to a .217 batting average. If he can ever figure out his command, there are three ‘plus’ pitches to become a starter by 2025.

One of the reasons Washington signed Nelson Cruz was to serve as a mentor for Juan Soto. While having one of the greatest power hitters of his generation alongside a young talent is great, it’s a luxury the Nationals can’t afford long-term. Cruz’s value isn’t what we saw at the 2021 trade deadline, but he could still be a nice addition for a club looking for additional pop and a veteran presence.

As part of any trade to move Cruz to a playoff contender, he’ll likely have to acknowledge that he will be bought out at the end of the season. Because he’ll still be owed the remaining portion of his $15 million salary when he is traded, Washington agrees to cover the $3 million buyout.

A member of the 2022 international free agent class, the Milwaukee Brewers signed Jhonny Severino to a $1.23 million bonus. He rated as the No. 21 international signee and is the 29th-best prospect in the Brewers’ system, per MLB Pipeline. There is some enticing power potential from the 17-year-old and the Nationals’ track record of developing international talent suggests they could make something out of this switch-hitting infielder.

Robles still offer trade value. He ranks in the 83rd percentile for sprint speed and 78th percentile for Outs Above Average this season, per StatCast. On top of that, he ranks sixth among center fielders in Defensive Runs Saved (395) despite playing fewer innings than his counterparts. The defense and speed are attractive to the New York Yankees.

In this Yankees-Nationals trade, Washington takes a shot on Florial. He’s never received a great opportunity in New York, always blocked by top outfielders. He now rates as the No. 29 prospect in the Yankees’ farm system, but the 24-year-old at least offers some upside as a left-handed hitter with some pop and speed.

As for Lange, the 0-year-old righty is just getting started in 2022. A pair of starts in the Complex league went poorly, but there is an enticing fastball that made him a first-round pick in 2020. It’s a worthwhile roll of the dice for Washington.

The Chicago White Sox bullpen is in dire straights and while things in Washington aren’t much better, the Nats have arms they can offer. Middle relievers and set-up arms don’t often cost a lot, which makes this a better fit for the White Sox.

Washington adds to its pitching depth in the minors with this deal, acquiring someone who is at least two years away from a shot at making his MLB debut. However, Tanner McDougal offers some tools to work with. The projectable frame and age (19) hint at the potential to add more, strengthening the fastball and adding more on the slider. There’s a high probability that McDougal never reaches the majors, but he’s a young arm with high upside and that’s more valuable to a rebuilding club.