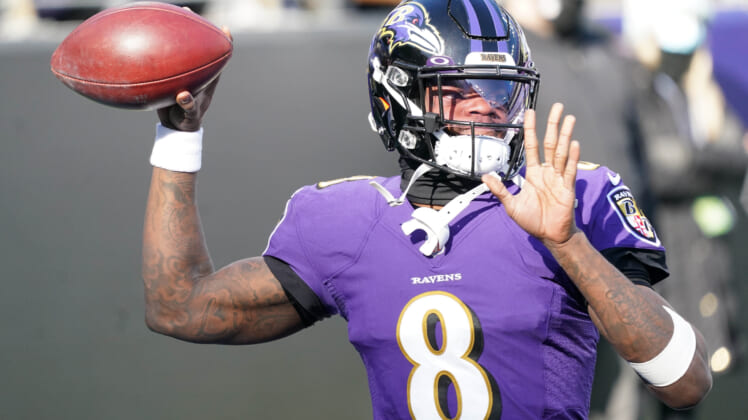 The Baltimore Ravens want a Lamar Jackson contract extension done as soon as possible. Unfortunately for the franchise, negotiations might not even be an option until 2023.

Baltimore expressed interest in a long-term deal a year ago. After exercising the guaranteed fifth-year option on Jackson’s rookie contract, the club turned its attention toward an extension. While it was a priority for the club, Jackson focused on preparation for the upcoming season. Operating without an agent, football became his entire focus.

The Ravens likely hoped things would be different in 2022. Jackson is in the final year of his rookie deal, receiving $23.016 million fully guaranteed. Unfortunately for Baltimore, it seems to be receiving the same message as last year.

According to Mike Florio of Pro Football Talk, Jackson told the Ravens that he is too focused on preparing for the 2022 season and wants to put off negotiating a new deal until after the season ends.

Baltimore likely sees the strategy behind the message. Jackson wants to become the first star quarterback in years to test the open market. Aaron Rodgers, Patrick Mahomes, Josh Allen, Deshaun Watson, Dak Prescott and Matthew Stafford all became some of the highest paid players in the NFL through long-term extensions.

Jackson wants to take the path that Kirk Cousins chose. It won’t pay off immediately. The Ravens will place the exclusive franchise tag on their star quarterback in 2023, keeping him from free agency. It will fully guarantee his salary and using the tag in 2024 will pay Jackson 120% of his salary from the prior year.

It’s evident this is the plan Jackson wants to take. For the Ravens, it also means they’ll likely be told the same thing a year from now. They’ll still have their quarterback through 2024 thanks to franchise tags, but we could see a historic NFL free-agency pursuit of Jackson in 2025.