4 Indianapolis Colts players who could disappoint in 2022 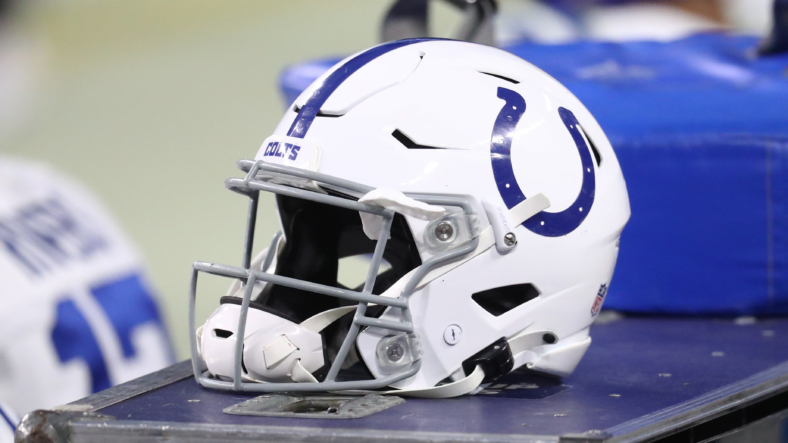 The preseason is over. That means the NFL regular season is just about set to start. The Indianapolis Colts played their last game against Tampa Bay. This marked the first time that a player played a preseason game, regular season game, playoff game and Super Bowl in one city. Of course, we’re talking about GOAT Tom Brady.

With the preseason at an end, it means that NFL teams are getting set to make their final roster cuts. Every NFL team will need to be at a 53-man roster by Tuesday. Simply because a player makes the initial cut, it doesn’t mean he still can’t get his walking papers if the team signs someone else who is cut from another squad. What a stressful time for players that are near the bottom of the roster.

As the headline of the article suggests, we’re going to look at some Indianapolis Colts players who could disappoint. Some context for this list; The players aren’t guys who are near the bottom of the roster. Also, these players are expected to be significant contributors to the team this season. So, players like Nick Foles or Phillip Lindsay aren’t going to be mentioned. Finally, these players are ones that we feel have a significant chance of both being successful and disappointing.

Related: Indianapolis Colts might have a new backup quarterback with Sam Ehlinger’s emergence

Matt Pryor has been underwhelming as the blindside protector

Matt Pryor is set to be the team’s starting left tackle for this season. However, his preseason and training camp hasn’t gone as well as he or anyone had hoped. Overall, he’s been ok.

It’s debatable if he’s better than last year’s starter, Eric Fisher. If Pryor doesn’t succeed, the Colts can turn to rookie Bernhard Raimann to replace him. Hopefully, one of these two guys can protect Matt Ryan’s blindside.

Related: Lack of Quenton Nelson extension providing cause for concern for Indianapolis Colts

Michael Pittman is set to be a stud this season. However, there are still a lot of questions as to who will be his Robin. I’ve been bullish on Parris Campbell having a truly awesome season. The best of his career. The only thing that can stop this prediction from happening is an injury. And yes that’s a big risk considering what’s happened to Campbell already.

It’s unfair that I’m going to pick on a rookie. I do think Alec Pierce is a great draft choice and will be a good player for the team. However, Ashton Dulin has had his best camp. Dezmon Patmon and Mike Strachan are both flashing this preseason. All three of these players have more NFL experience than Pierce. If Campbell stays healthy he’s the team’s number two receiver and gets a majority of the snaps. That would leave the rookie competing with Dulin, Patmon, and Strachan for the third receiver. Pierce could have a very quiet rookie year.

Stephon Gilmore is a former Defensive Player of the Year (DPOY) winner. However, over the past two seasons, he’s missed 14 games. Now the Colts are expecting him to be the team’s number one cornerback. Injuries happen, it’s a part of football. Subsequently, Gilmore was named a Pro Bowler last season. So, there is definitely some thought that he can still play at a very high level.

We’re just not confident in his ability to stay healthy in 2022. At least not for the entire season.

Colts’ second cornerback will be a disappointment

Brandon Facyson is another one of the newest Colts defenders. Prior to last season, he had never played more than 327 snaps on defense. He primarily had been a special teams player. It’s not difficult to think that Facyson won’t play some snaps on special teams again. However, the Colts are hoping that he can continue his ‘21 success in 2022. Last season Facyson held opponents to a 55.6 completion percentage which resulted in a 94.8 pass rating allowed.

If either of these corners struggle, the team will turn to youngster Isaiah Rodgers. He is showing progress since entering the NFL. For example, in his rookie year, he had allowed a 71.4% completion rating. And in his second season, it was down to 63.1%. That accompanies a 78.1 pass rating allowed.

This team is expected to be one of the better ones in the AFC. Most likely the best team in the AFC South. If any or all of these guys have bad years, it could make for a more challenging season. However, if they all prove this article and writer wrong then the Colts might just be in for a special season.