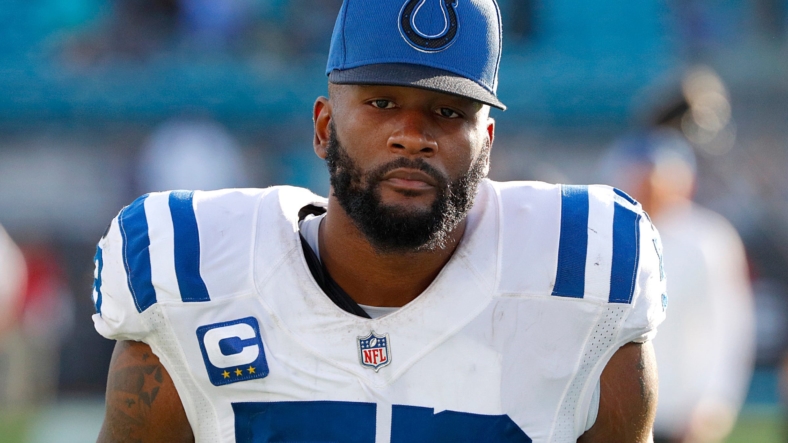 Shaquille Leonard has no timetable for a return, casting a looming shadow over the team. And bringing up haunting memories of Peyton Manning and Andrew Luck’s injuries. For those unaware, Leonard underwent back surgery this past June to fix a couple of discs.

Head coach Frank Reich recently stated that when Leonard does return, he’ll have to get used to playing at less than 100% as he won’t be full go. This would lead everyone to think that Leonard’s return isn’t too far away. The odds are he won’t be back for the final preseason game. It’s hopeful that he’s back for Week 1. However, fans shouldn’t readily believe that he’ll be back that soon.

The history of the Colts would tell a completely different story. In 2011 franchise quarterback Peyton Manning missed the entire season due to his neck injury. Leading up to the start of that season, the Colts organization, led by former general manager Bill Polian, told fans that Manning was recovering from injury and would be ready to play. However, as the start of the regular season drew closer, the message began to change.

It was becoming possible that Manning might miss a few games. However, the team would be in good hands with former Purdue great Curtis Painter. Then Polian made a last-second move in bringing in one of his former quarterbacks Kerry Collins. Well, we know how that season played out. It eventually, and thankfully, brought the team Andrew Luck.

Related: Indianapolis Colts might have a new backup quarterback with Sam Ehlinger’s emergence

Luck immediately continued the winning ways of the franchise. Unfortunately, his style of play and GM Ryan Grigson’s failure to put an adequate offensive line in front of him ultimately led to Luck’s early retirement. Luck had multiple injuries in his career. There were two that led to him not playing.

In 2017 he missed an entire season due to offseason shoulder surgery. Prior to the announcement that he’d be out for the season, the team continued the message that he’d be ready to play in the upcoming season. Then, just like with Manning, as the start of the season drew closer the team made it known that Luck might miss a game or two.

Eight weeks into the season and the Colts announced that Luck had a setback and would be out for the remainder of the season. Fast forward to 2019 and under new management, the team repeated itself. Telling fans that Luck is fine and not to worry as it’s just OTAs or minicamps or training camp and preseason. And that he’d be ready to go for the season and that if these games counted he’d be out there playing. Again, we know how this played out. 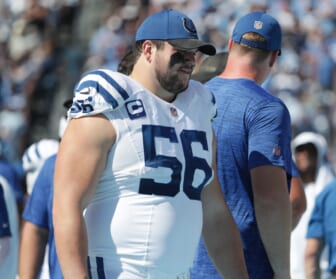 So, why am I dredging up these painful memories? Because right now star linebacker Shaquille Leonard is in an almost identical situation. He is recovering from his June surgery and publicly, nobody has any idea as to when he’ll return. Now, as of this past week, there have been reports that fans and local media need to relax about him. As he’ll be ready to go and play in the early part of the season.

Well, the Colts’ history with information about injured players has been atrocious and possibly misleading. Fans shouldn’t wholeheartedly buy this recent report and blindly trust an organization whose bottom line is impacted by the sale of tickets. The organization will do what’s in its best interests. So, by not telling the fans and the public that a star player is out for a certain game or set of games. They can still see a normal revenue income.

Fans should, in fact, be cautiously optimistic that Leonard will be back at some point this season. When that point is, is anyone’s guess. Although based on the actions of the Colts, we can get an idea of possibly when he’ll return to the playing field.

Light at the end of the tunnel

The team has not put him on the Physically Unable to Perform (PUP) list. If he is on the PUP list then he’d be out for the first four games of the season. As previously stated, Reich himself said that Leonard will have to be comfortable playing at less than 100%. Considering that this is the final week of the preseason and Leonard is not back. It is fairly safe to say that he will be ruled out for Week 1.

That leaves Weeks two, three, and four as possibilities. Following the fourth week, teams have three weeks to activate, release, or place the player on injured reserve. So, it’s quite possible Leonard isn’t back until Week 8. Wasn’t there another Colts player who was injured until about mid-season, and then a decision on whether he could play or not was made?

We also need to consider that Leonard has been seen jogging out to practices and running around playing with his kids. So, it’s possible that he might be closer to being ready to play in Week 1 or 2. The team might actually be telling the truth this time. Maybe everyone needs to relax about Leonard. Perhaps he’ll be ready to play in the early part of the season.

Don’t take the bait. As the cliche states, “Fool me once shame on you. Fool me twice shame on me.” The Colts have a pattern of doing this. Fans should hope for the best with Leonard and that he’ll be out there against Houston. However, they should be open-minded that the odds are he may not be there.