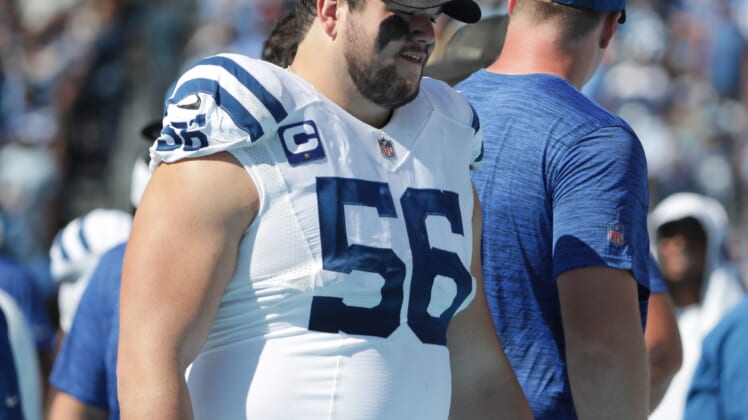 The Indianapolis Colts preseason is underway, and an early loss to the Buffalo Bills only renewed questions about starting left tackle Matt Pryor struggling and the lack of separation from the Colts’ wide receivers in Week 1.

Though the snaps were limited for Pryor, Week 2 wasn’t much better. As a team, the Colts allowed three sacks, but they all came with the backups in the game. While he didn’t have Quenton Nelson by his side, Pryor should be able to hold his own, no matter who he’s working with.

It’s certainly important to remember that it’s just preseason, so the panic meter doesn’t need to go up anything more than moderate concern because there is still plenty of time for those issues to correct. However, there is another possible issue that is flying under the radar.

If you guessed the ongoing Quenton Nelson contract situation, you’re really following the team. The Colts are responsible with their spending under general manager Chris Ballard with the focus on drafting, developing, and retaining their own.

While Indianapolis doesn’t want to spend a lot during free agency, it isn’t opposed to trading for top talent who comes with an expensive price tag. For example, DeForest Buckner (4 years, $84 million), Yannick Ngakoue (2 years, $26 million), and quarterback Matt Ryan ($53 million remaining through 2023) were all traded for.

The Colts are willing to spend on a certain caliber of player. It’s demonstrated with Ryan ($18.7 million), Buckner ($16 million), Nelson ($13.75 million), Ngakoue ($13 million), and Braden Smith ($11.5 million). However, only Buckner, Ryan, and Smith will be under contract with the team next season.

All of that sets the stage for the current situation with Nelson and the Colts. 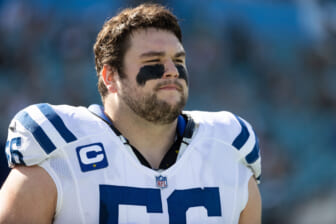 Now, back to Nelson and his contract. This is the final year of his rookie contract. He came into the NFL with a reputation as being one of the best offensive linemen to enter the draft process in recent time. Some might even say he’s the best guard to ever enter the NFL.

It would be hard to argue that he has not lived up to those expectations and that reputation. Therefore, it is reasonable to conclude he is due for a large and expensive contract extension.

According to Spotrac.com, they’re predicting a five-year, $86.2 million deal with an average salary of $17.2 million. If this prediction is correct, it would make Nelson the second highest-paid player on the roster. It would also mean that the Colts have invested $209.8 million in total contracts into their projected starting offensive line in 2023.

The aforementioned Matt Pryor is a free agent after the 2022 season. So, that number could go up even more if the team re-signs him.

A quick recap of the main points in all of this: Nelson is set to get a really large payday, and the Colts will lose a lot of their valuable cap space. However, at this time, there hasn’t been very much public discussion about Nelson’s extension. This is a bit odd considering previous contract extensions the organization has done with “their own”.

With the exception of Stewart, all of the young players that were either drafted or brought in by Ballard received their new Colts contracts prior to the first regular season game. The expectation every offseason has always been that the team would extend Nelson. So that is why they were always making sure they had a lot of cap space.

However, it is still a bit concerning that the end of August is just ten days away, and the Colts have reportedly said they want the extension done before the end of August. Might there be trouble brewing in Indianapolis, as the saying goes?

Nelson did miss four games last season, which are the only four he’s missed in his entire career. Also, he had three surgeries in 2021. So, is it possible his body is already starting to break down at the young age of 26? It might be too early to definitively answer that question.

However, that question might be the biggest sticking point that Colts management has in regard to Nelson’s extension. They are not going to want to pay him top money if his body is going to fail him in, say, the next three years. Ballard has been very smart with his spending of the Colts’ salary cap and won’t want to be on the hook for a large part of dead money.

Fans should be a bit more concerned that talks about an extension for the team’s best offensive lineman aren’t reportedly progressing. The expectation is still both sides agree to the terms of a new deal.