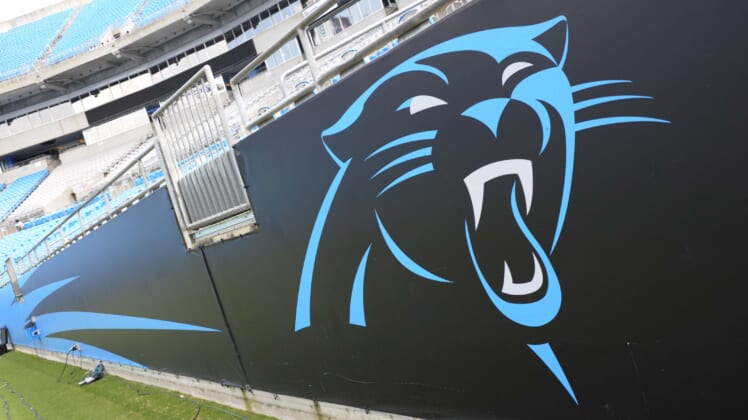 The Carolina Panthers have whiffed on numerous blockbuster trades for quarterbacks in recent years. With the 2022 NFL Draft, it might be the organization’s only remaining shot at landing a face of the franchise to lead the team into the future.

Unfortunately for the Panthers, the 2022 quarterback class is weaker than in prior years. Malik Willis offers star potential, but he won’t be ready to start as a rookie without hurting his development. Meanwhile, Kenny Pickett has multiple ties to the organization but there is limited upside.

It’s not the scenario owner David Tepper and the front office imagined when the offseason starter. With that said, it’s the situation they find themselves in with quarterback Baker Mayfield seemingly the only option on the trade market.

Because of the dire spot Carolina finds itself in this month, many expect it to impact their 2022 draft class significantly.

According to Albert Breer of Sports Illustrated, teams around the NFL are convinced the Panthers will “swallow hard and take a quarterback” despite a feeling inside the building that no passer’s talent merits the 6th overall pick.

Even trading down comes with massive risks since the Atlanta Falcons and New Orleans Saints are also desperate for a young quarterback to potentially build around. If the front office fears it could lose the top quarterback prospect on its draft board, taking one at No. 6 overall is the only option.

Which quarterback should the Carolina Panthers draft?

There are a lot of connections being made between the Carolina Panthers and quarterback Kenny Pickett. Tepper is a Pittsburgh alum and remains a huge supporter of the football program. Before Pickett joined the Tepper’s alma mater, he was recruited by head coach Matt Rhule at Temple. Even to this day, he still has a strong relationship with Rhule.

Related: Carolina Panthers ‘talked to numerous teams’ about trading down

However, Pickett isn’t the player that should be atop Carolina’s draft board. As we broke down here, his physical tools and age limit his upside and he still needs time to develop the mental elements of playing quarterback at the NFL level. Given Pickett’s upside is likely nothing more than a fringe top-15 quarterback, that’s not a player worth reaching for at No. 6.

Cincinnati Bearcats quarterback Desmond Ridder is intriguing. He’s the most pro-ready passer in the 2022 Draft class and the latest NFL Draft rumors make it clear he is blowing teams away in the interview room. Quarterbacks who can form that strong bond with coaches, thanks to their ability to read the field and possessing excellent recall, move up draft boards quickly.

While he’s an underrated prospect, Ridder lacks elite physical tools and that also limits his upside. He could start over Sam Darnold in 2022 and would get the football to Christian McCaffrey, D.J. Moore and Terrace Marshall Jr. However, he’s more of a coach’s favorite than an owner’s favorite and it seems likely Tepper would try and look for his replacement within three years.

That brings us to Malik Willis. He’ll arguably be the second-best athlete at quarterback in the NFL behind only Lamar Jackson. In terms of pure arm strength, he sits near the top of the class. Furthermore, Willis also impressed teams with his leadership and football IQ during the pre-draft process.

He just needs a lot of coaching and time. Willis operated a simple offense at Liberty and struggled against legitimate competition. While the upside is extremely high, a perennial Pro Bowl quarterback, there is a massive risk that his tools never turn into success at the highest level.

With that acknowledged, this is the quarterback you roll the dice on with a top-10 pick. If the Carolina Panthers are going to reach for a signal-caller, it needs to be Willis. 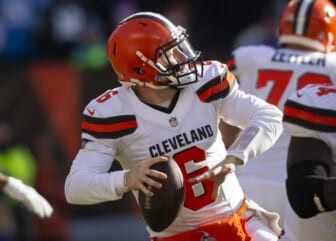