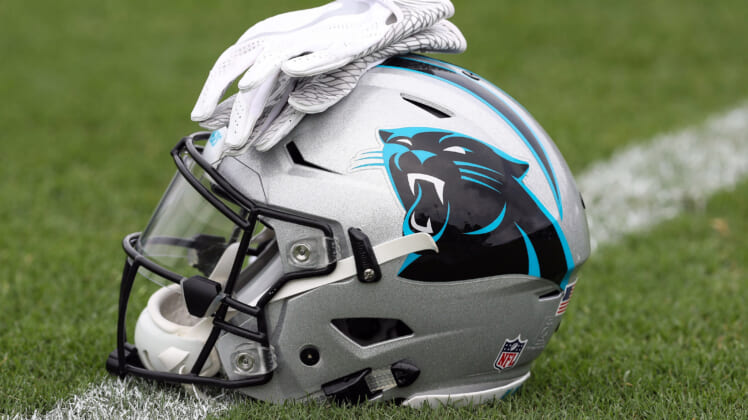 The Carolina Panthers are preparing for the 2022 NFL Draft with massive concerns at some of the most important positions on the field. With so much uncertainty, it seems the front office is open to making a big move either before or on draft night.

Holding the 6th pick with uncertainty at quarterback is the last place Carolina expected to be months ago. Heading into October 2021, the franchise held a 3-0 record and owner David Tepper felt convinced he could pull off a blockbuster trade for a quarterback by the following offseason.

The Panthers finished 5-12 and whiffed on every quarterback that became available this spring. Now, Tepper and general manager Scott Fitterer are exploring another big move that might help avoid a disaster scenario.

According to Mike Giardi of NFL.com, the Panthers have talked to numerous teams about trading back from the 6th pick in the NFL Draft.

It would be risky for a quarterback-desperate franchise. Moving back, likely outside the top-10 picks, would jeopardize Carolina’s chance at landing the top quarterback on their 2022 NFL Draft board. However, it might be the best move for the franchise.

Thanks to the Sam Darnold and CJ Henderson trades in 2021, Carolina has a massive gap between its top picks in the 2022 NFL Draft order. The Panthers traded their second, third- , fourth- and fifth-round picks in 2022.

If the front office doesn’t execute a trade, it will make the 6th overall pick and then not be able to pick a player until the 137rd overall selection is put on the clock in Round 4. It’s a problem for a team with draft needs at left tackle, quarterback, edge rusher, linebacker, safety and wide receiver

There’s another issue. While quarterback Kenny Pickett is viewed as a likely first-round pick, very few analysts or teams believe he merits a top-10 selection. There are questions about him being a one-year wonder with limited physical tools and he’s just a year younger than Darnold.

Drafting him at No. 6 would be a massive reach and the Panthers are likely aware of it. The motivation to trade down could be driven by both wanting to collect Day 2 picks and to land Pickett in a more reasonable draft range.

There are a few potential trade fits, but the options might be limited.