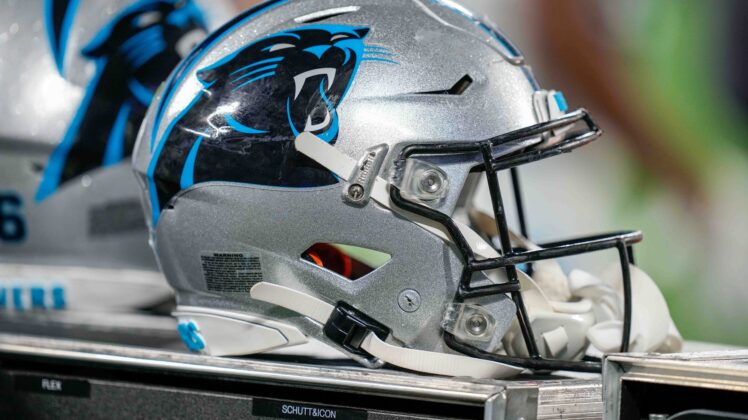 After selecting Ikem Ekwonu with their first pick in the NFL Draft, the Carolina Panthers could shift their roster upgrade focus to the quarterback position.

Heading into the first night of the 2022 NFL Draft there was a great deal of speculation that if any team was likely to take a QB with their first-round selection, the Panthers were are the top of that list. For weeks, rumblings around the team and league pointed to their interest in top signal-caller prospects like Malik Willis and Kenny Pickett. There was also some scuttlebutt over the possibility the team may trade out of their pick at six.

However, when the time came and the Carolina Panthers were on the clock, the organization stayed pat and made a selection. But they did not choose to go QB and possibly make a reach at six. Instead, they were the first team to pick an offensive player and went with arguably the best offensive lineman available in NC State standout Ikem Ekwonu.

Unfortunately, for the Panthers, they do not pick again until day three and the fourth round of the draft. Meaning a quick fix from the draft is unlikely that far back. However, when asked after picking Ekwonu if they still hope to try and improve the position in 2022, Panthers general manager Scott Fitterer admitted the team will take a look at any chances they have to do so in the near future. 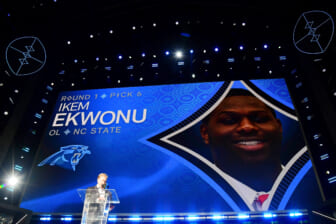 Could Baker Mayfield be the new focus for Carolina Panthers?

The QB prospect Carolina was most linked to over the last month was Liberty’s Malik Willis. However, despite still being available heading into day two of the NFL draft, the team doesn’t have the picks to select him. Although trading up and mortgaging some future draft capital to get the player they thought seriously about taking with the sixth pick is very possible. And might be the right move for the team, since they don’t seem to have much confidence in incumbent signal-caller Sam Darnold.

While the talk has been that Baker Mayfield is not interested in playing for the Panthers and that the feeling might be mutual, they are each other’s best options. The buyer market for quarterbacks making double-digit millions in 2022 has dried up significantly. If Mayfield wants to start next season and build up some value heading into free agency, Carolina is likely his best option. 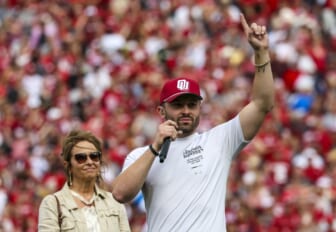 For the Panthers, if they would like to compete in 2022, and build some fan interest for the new season, bringing in the former Heisman Trophy winner and a college football great makes a great deal of sense. If it actually happens is anyone’s guess.