The Dallas Cowboys can improve a lot in 2021 if some of their ascending young players have coming-out parties. Here are three prime breakout candidates.

There are no excuses for the Dallas Cowboys entering their 2021 campaign.

Through free agency and the draft, the team addressed areas of the roster that are pivotal in doing a full 180 from the previous year of dysfunction and disappointment.

Far from the rudimentary stages, this current unit is built to compete for an NFC East title now. It features an offense with a lot of depth and a defense we can expect to improve drastically from last season.

While proven veterans led by Dak Prescott are expected to galvanize the team, it will be up to the young guns to step up if Dallas is ultimately meant to advance to the Divisional Round — or go on an even deeper playoff run.

Here are the names of three Dallas players who will be absolute stars for the team in 2021.

It’s never been a question of Tony Pollard’s physical ability or level of play with the ball in his hand. Rather, it’s a matter of how many touches the complimentary tailback will receive in 2021.

While Ezekiel Elliot is the premiere back of Dallas’ high powered offense and will continue to be for the foreseeable future, Pollard poses a conundrum for opposing defenses not only as a home run threat running in between tackles, but with his ability to catch the ball out of the backfield as well.

The 24-year-old Memphis standout showed flashes of a multidimensional spark plug, piling up four 20-plus-yard carries to Zeke’s three while catching 28 passes for 193 yards and a score in 2020.

Pollard has done more than enough in his first two seasons to carve himself out a nice role on an offense stacked with skill position players. It will be very interesting to see what offensive play caller, Kellen Moore, pulls out of his bag of tricks to maximize the young back’s unique skill set this year. 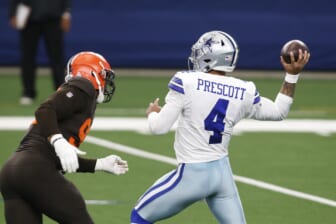 Many pundits and draft experts proclaimed that CeeDee Lamb would quickly establish himself as the best wideout of all the receivers selected in the 2020 NFL draft.

Minnesota Vikings star, Justin Jefferson, burst onto the scene and rightfully stole majority of the adulation around the league as he outshined guys like Henry Ruggs, Jerry Jeudy, and Lamb who were all selected before him in the first round of the latter year.

Lamb however, still put together an extremely productive rookie campaign with nearly 1,000 yards receiving for five scores on 74 catches. Not to mention, the 22-year-old wideout caught passes from four different quarterbacks for most of the season after Dak Prescott went down in Week 5.

Both Amari Cooper and Michael Gallup will garner attention from defenses in their own right, which will allow Lamb to cook all 2021.

The former Oklahoma Sooner is dangerous in space, an exceptional route runner, and possesses a ridiculous catch radius which allows him to make acrobatic grabs consistently.

Expect Lamb to soar for America’s Team this upcoming season. 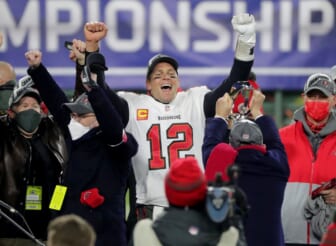 Selected 51st overall during last year’s draft, starting cornerback Trevon Diggs was thrown directly into the fire as a rookie which produced a year full of peaks and valleys.

In his defense though, Diggs was unable to participate in a full offseason program as a result of COVID-19 and missed out on the necessary reps needed by any rookie defender leading up to the season.

Nevertheless, the long and rangy defensive back provided fans with enough of a sample size to be excited about what’s to come in his second season as CB1.

In 12 games played, the former Alabama product led the Cowboys in interceptions with three, amassed 58 tackles, and defended 14 passes.

As the season progressed, the level of confidence that Diggs possessed increased as he played much better down the stretch.

Dallas will look for that lockdown corner mentality and attitude to translate into his sophomore season as he will have to travel with some of the league’s best wideouts in 2021; The NFC East alone features the likes of Kenny Golladay, Terry McLaurin, and now his former college teammate DeVonta Smith.