WATCH: Cowboys’ CeeDee Lamb with one of greatest catches ever 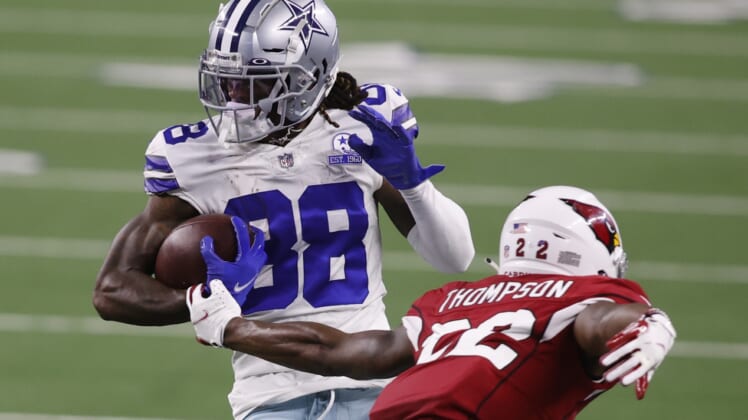 Minnesota Vikings rookie cornerback Jeff Gladney found himself on the receiving end of a welcome to the NFL moment from fellow rookie, CeeDee Lamb of the Dallas Cowboys.

It happened in the second quarter of their Week 11 game on Sunday. It also included CeeDee Lamb putting up one of the greatest catches you’ll ever see on a football field.

Facing a second and goal from Minnesota four, Andy Dalton attempted a lob to Lamb just outside of the left hash. The minute the ball was released, it seemed obvious that Dalton had overthrown his target.

Lamb had other ideas.

This is just crazy. The mid-air adjustment. The one-handed catch. The display of elite-level athleticism. Still finding a way to come down with the ball and a 13-7 Cowboys lead.

There’s very few players in the modern history of the NFL who have boasted an ability to make a catch of this ilk. Randy Moss comes to mind first.

A legit NFL Offensive Rookie of the Year candidate, Lamb headed into Week 11 having caught 44 passes for nearly 600 yards and three touchdowns in nine games. The rookie first-round pick from Oklahoma is absolutely legit.