The NFL Divisional Round is over, with the Cincinnati Bengals and San Francisco 49ers coming out on top Sunday to punch their tickets to the final four.

Despite missing three offensive linemen, the Bengals’ offense put on a show against the Buffalo Bills. Joe Burrow demonstrated why he is already one of the best players in the NFL. Now, Cincinnati is headed to its second consecutive AFC Championship Game, delivering a Bengals vs Chiefs matchup for the football world to enjoy.

On Sunday night, San Francisco snuck past the Dallas Cowboys in a low-scoring game that features two outstanding defenses. Following the 49ers’ victory, the NFC Championship Game is set with a duel against the Philadelphia Eagles for a trip to Super Bowl LVIII at stake.

Let’s dive into the winners and losers from Sunday’s NFL Divisional Round games.

Winner: Joe Burrow will take the Bengals to another Super Bowl

Betting against Patrick Mahomes is often ill-advised, especially when he is playing at Arrowhead Stadium. The Kansas City Chiefs are now in their fifth consecutive AFC Championship Game and any team led by Mahomes can hoist the Lombardi Trophy in any given year.

However, the Bengals are the better football team right now. This goes beyond Burrow’s undefeated record vs Mahomes in their last three matchups. Instead, it all comes down to Kansas City’s defense, Mahomes’ high-ankle sprain and Burrow’s dominance in critical situations. 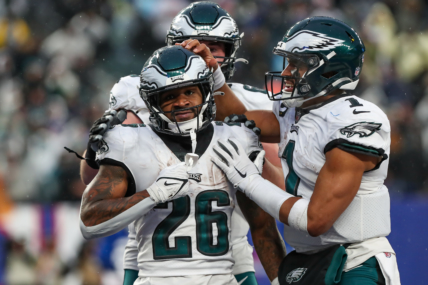 Mahomes’ ankle sprain will greatly impact his mobility, reducing the number of first downs he can run for when no one gets open and impacting his ability to evade pressure. It means Bengals’ defensive coordinator Lou Anarumo can either blitz more or just drop back eight and force Mahomes to take short passes with pressure in his face.

If the Chiefs’ offense isn’t as explosive, the worst defense remaining in the NFL playoffs must suddenly deliver its best performance of the season. In two games against Kansas City’s defense, Burrow boasts a 78.6% completion rate with a 138.8 QB rating and 10.5 yards per attempt in two regular-season meetings and a 120.99 QB rating all-time. Everything lines up in Cincinnati’s favor and we’ve seen more than enough from Burrow and the Bengals’ defense to feel confident picking them to win consecutive AFC titles.

The Buffalo Bills have problems from top to bottom. We’ll start with quarterback Josh Allen, whose gunslinger mentality has met reality. After a dominant playoff run last year, Allen’s insistence on always playing ‘hero ball’ with downfield shot plays started having far more negative consequences this season, including in the Wild Card round and Sunday’s loss.

We’re not putting all of the blame on Allen for the NFL Divisional Round defeat. The Bills’ roster fuels his mentality. When Stefon Diggs is the only reliable playmaker on the field, with no consistent rushing attack and an inconsistent offensive line, you have a superstar who feels the need to do everything on his own. 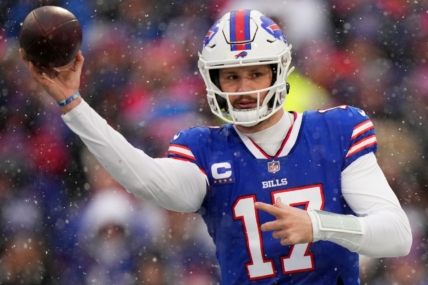 Sunday’s loss also represented the culmination of issues defensively. Once Von Miller went down, the Bills’ pass rush disappeared. Buffalo also lacked strength at the line of scrimmage, which showed up with Cincinnati rushing for 172 yards and averaging 5.1 ypc.

Now, the Bills head into an offseason with Tremaine Edmunds, Jordan Poyer, Jordan Phillips, Shaq Lawson and Rodger Saffold. Improving the roster becomes a lot more challenging with one of the highest-paid quarterbacks in the NFL. Needless to say, Buffalo has a problem on its hands.

Sunday’s NFL Divisional Round games showcased some of the best future head coaches around the league. While we have to wait for Anarumo to get his opportunity, likely in 2024, 49ers’ defensive play-caller DeMeco Ryans will land his dream job within weeks.

Recognizing Dak Prescott’s issues vs pressure this season, Ryans turned up the heat on the Cowboys’ quarterback. According to Next Gen Stats, San Francisco pressured Prescott on 56.3% of his dropbacks and he threw two first-half interceptions as a result. The 49ers’ defense also held strong in the red zone, consistently shutting down a Cowboys’ offense that led the NFL in red-zone touchdown rate (73.33%) during the regular season.

Ryans is the best defensive coordinator in the NFL and there are now two years of evidence, including dominant defensive performances to prove it. He’s an outstanding leader with excellent game plans and his resume includes glowing reviews from star players. Ryans is ready to be an NFL head coach, San Francisco just hopes it wins a Super Bowl before he leaves.

After one of the best playoff games by a quarterback in Cowboys’ history, Dak Prescott fell back to earth on Sunday. The weakness that haunted him all season, resulting in so many interceptions, popped up in the NFL Divisional Round against one of the best pass rushes in football.

Prescott’s two interceptions weren’t a result of a tipped pass or bad luck. An aggressive mentality that leads to the Cowboys’ star throwing into tight windows backfired. When it works out, we see performances like the one in the Wild Card round. Against defenses with more talent and a better pass rush, the risks turn into results. Prescott is still a high-end quarterback, but everything needs to be perfect for him to lead Dallas on a playoff run. 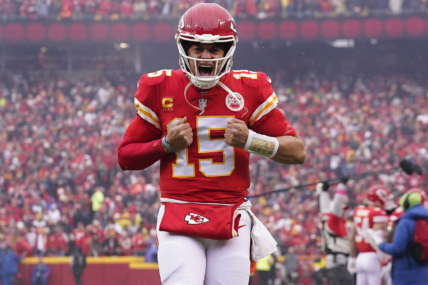