The Buffalo Bills will head into the offseason much earlier than they expected after a loss on Sunday. If they hope to finally bring a Super Bowl title to Orchard Park in 2023, there are several roster moves the organization must make in the coming months.

The Buffalo Bills 2022-2023 campaign ended much like it did the previous year. A disappointing loss in the Divisional Round of the NFL Playoffs. However, unlike last year where they were one-half of one of the greatest postseason games in league history, this weekend they were soundly dominated and dismissed by the Cincinnati Bengals at home, 27-10.

For a team that was a popular choice to make it all the way to the Super Bowl in the summer, and through most of this season, this is a massively frustrating result for an organization that dealt with a lot over the last couple of months.

Josh Allen’s ongoing issues with his throwing elbow and the trauma of the Damar Hamlin incident surely had an effect, but there are still clear issues that remain with this talented roster. With that in mind, let’s take a look at four moves the Buffalo Bills must make in the offseason to achieve the goal they fell short of once again in 2023.

Let’s be honest, Devin Singletary is a nice NFL-level running back, but he is not what the Buffalo Bills need to reach the promised land. The 2019 third-round pick has never come close to rushing for 1,000 yards and doesn’t have the excuse of missing time with injuries. The organization gave him a shot again in ’22-’23 but he proved once and for all he has hit his ceiling.

In this day and age you don’t need a superstar running back to win a title, but having a real running threat out of the backfield is still extremely important. The Bills’ pass game is world-class, but how much better would it be if it had the balance of a legitimate 1,000-yard back? Buffalo must find an upgrade in free agency or in the first three rounds of the NFL Draft.

Should the Bills inquire about Jalen Ramsey?

Cornerback Tre’Davious White is the best player in the secondary that the Buffalo Bills have. His injury woes this season significantly hurt them and is why this defensive unit was not as strong as the group from 2021-2022. However, even when he did play this year, he was not the impact force the team expected following ACL surgery.

Making matters worse, the options behind him aren’t very good. In the NFL today you need good, reliable corners and the Bills will not win a title next year if they don’t make some upgrades in the secondary. With Jalen Ramsey reportedly on the block, he may be the sort of big swing move they need to make. 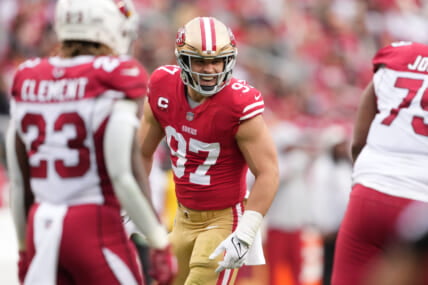 Right tackle is a problem that needs to be fixed

The Buffalo Bills have a couple of questionable talents on their offensive line, however, right tackle Spencer Brown is the bigger problem. He allowed seven pressures against the Dolphins in their playoff game, which was the fourth time in 15 starts Brown gave up six or more pressures. That is a major issue with his job being to keep the team’s best chance at a championship healthy for a season and the playoffs.

While right tackle isn’t as important as left, it is still a key area on the line, and this team will only go so far if Allen isn’t given the time or is banged up. This porblem is what the Bills should address with one of their first two picks in April.

Von Miller was what the Bills hoped for when they gave him a massive six-year deal in the summer. Beyond being another key leader in the locker room, the eight-time Pro Bowler was the pass rusher they needed. For only eleven games, and even then the Buffalo pass rush was not as ferocious as expected.

Miller’s season is a question of what if, but the team still posted bottom 10 sack numbers this season. Sure, they could have been better if Miller and members of the secondary were healthy, but you can never have enough pressure potential. Especially at the highest levels of the game. Von Miller and the Buffalo Bills defense need more help putting QBs on their keisters in 2023, and it doesn’t need to be with superstars and first-round talent. 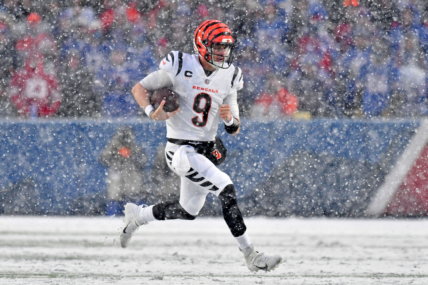