Urban Meyer fired from Jacksonville Jaguars with cause, will not be paid remainder of contract

Who didn’t see this one coming? When the Jacksonville Jaguars suddenly fired Urban Meyer not long after word broke of him physically assaulting one of his former players, many speculated this would give owner Shad Khan a reason to fire the head coach “for cause”. How does the specific reasoning he was fired matter for the Jaguars organization?

If fired with cause, the Jaguars should be able to get away with not paying him the remainder of his contract, which still technically had four more years on it. When shopping for a new head coach, this could help the front office feel more comfortable with chasing another big name, since ownership won’t have to pay two contracts, including Meyer.

Jeff Darlington of ESPN is now reporting the Jags did fire Meyer for cause and they have zero intentions of paying him what’s left on the original agreement from just 11 months ago. Who can blame them?

While official contract numbers have never been revealed on Meyer’s contract with the Jaguars, the former coach was believed to have made anywhere from $10-12 million per year. It’s safe to say, a 2-11 record, which included several embarrassing moments both on and off the field, Meyer wasn’t even worth paying the price of admission. 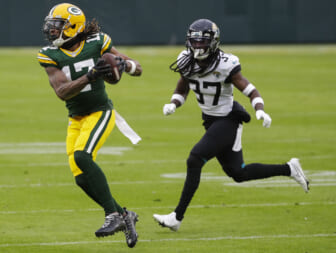 Still, we can’t help but lose sight of the irony. Though it was denied, Meyer reportedly called his entire staff “losers”, but when anyone looks up his NFL coaching record, well, they won’t see a winner.

At the same time, we have to give the man some credit. He said he would immediately fire the reported leak, which he believed wasn’t helping foster a winning atmosphere. Did Meyer ultimately fire himself? He basically did, and it’s safe to say, there won’t be any more leaks.

Now that the Jaguars won’t have to pay Urban Meyer for unfinished business, they can find someone who can get the job done.