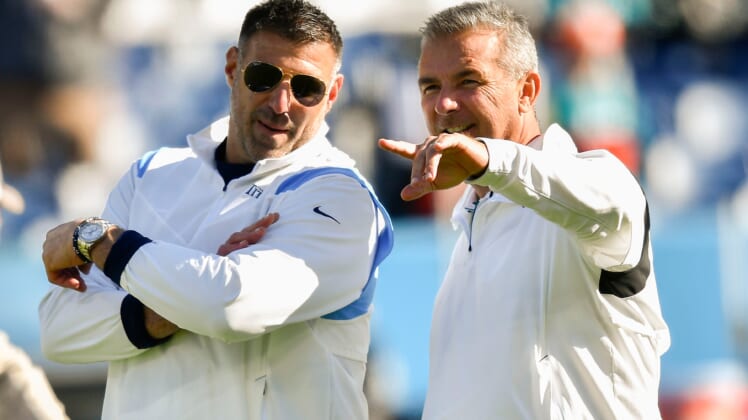 Jacksonville Jaguars coach Urban Meyer has denied reports that he got into a shouting match with wide receiver Marvin Jones and called members of his coaching staff “losers.”

Following Sunday’s 20-0 loss to the Tennessee Titans, the Jaguars’ fifth straight and 15th consecutive on the road, Meyer denied the reports and said that “if there is a source, that source is unemployed. I mean, within seconds.”

ESPN and the NFL Network reported that Meyer and Jones had a heated exchange at practice last week and that at one point Jones left the facility in anger. 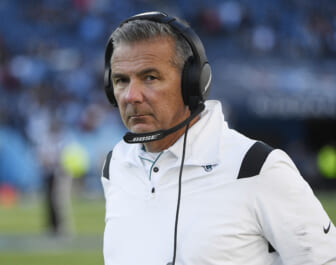 “I think I said something like we have some injury issues and some lack of consistency (at receiver),” Meyer said Sunday. “We talked about that, and he’s great. We moved on.”

Meyer also denied the NFL Network report that he called his assistant coaches “losers” and questioned their résumés during a staff meeting.

“Calling someone a loser, that’s inaccurate,” Meyer said. “I have high expectations for our coaches. I’m very demanding of our coaches and expect guys to be held accountable for their positions, and the times when they’re not, we address it. But I assure you there was not whatever report … that’s nonsense.”

Meyer said he spoke with Jaguars’ owner Shad Khan on Saturday night and after Sunday’s loss. Meyer wouldn’t say what they spoke about other than to say that Khan has “been fantastic since the day I’ve been here.” 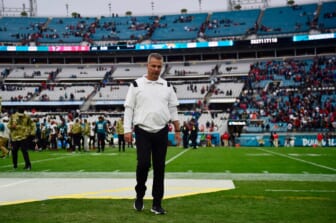 Also Read:
Why the Jacksonville Jaguars must end the failed Urban Meyer experiment in 2021

“I assured (Khan) that I still believe in my heart that we will (turn the franchise around),” Meyer said. “It hasn’t exactly materialized the way I expected it to have, the experience of winning games. I knew that this was somewhat of a build. I also really believe that we have plenty of good enough players to go win games. I still believe that.

“That’s why I get so disappointed sometimes with our coaching staff or myself, because I think we can do better than we’re doing..”