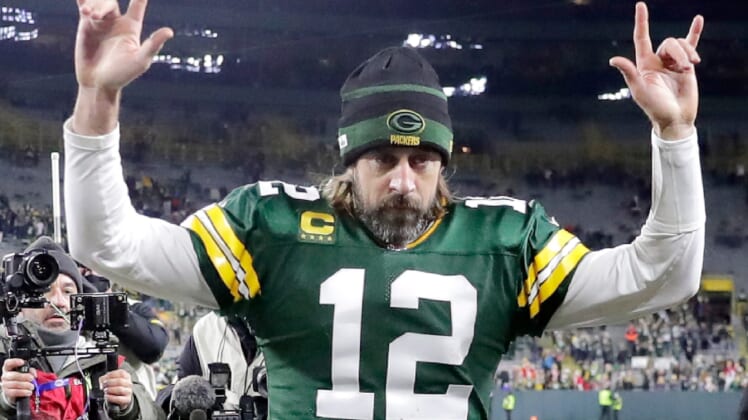 For a golf match that won’t count toward any official standings or placement whatsoever, The Match managed to captivate an audience, both locally at the Wynn Golf Club in Las Vegas, Nevada, and via their TNT broadcast.

Officially, Aaron Rodgers and Tom Brady took home the winning bracelets for their effort, but the performances by Patrick Mahomes and Josh Allen will not be forgotten.

Raising money for the ‘Feeding America’ charity, 2022’s version of The Match was a profound success.

From host Ernie Johnson, Trevor Immelman, Amanda Renner, Charles Barkley, and J.J. Watt all mixing it up throughout the day, with the quarterbacks all chiming in, spectators heard several gems from the commentators.

From Allen using golf balls with Brady’s NFL Combine photo on them, to Brady telling Allen he’s probably never seen a Lombardi Trophy, it’s safe to say everyone had some fun on the golf course today.

Seriously though, to those who participated, don’t quit your day jobs. It’s clear each athlete is much better at tossing around a football than they are at competing on the golf course, but that didn’t stop people from tuning in. And it likely won’t stop them in the future, if there’s a seventh iteration of The Match later on.