Following another earlier-than-hoped exit from the NFL playoffs, the Dallas Cowboys are left wondering what they need to do to finally break through and at least reach the NFC Championship in the near future. One route the team should consider in pursuit of that goal is to trade starting quarterback Dak Prescott.

Last weekend, the Cowboys saw their 2022-2023 campaign come to an end when the San Francisco 49ers and their talented defense stifled Prescott and the offense. Limiting them to just 12 points in their NFC Divisional Round clash. It was the fifth time in the last 15 years that Dallas went no further than the Divisional weekend.

It is a frustrating result for a franchise that has finished with double-digit wins in five of the last 10 seasons, and back-to-back 12-win years. Following nine seasons with Tony Romo as their franchise QB, Prescott was supposed to be the player that surpassed those limitations and take Dallas to the promised land. However, he has done no better than the four-time Pro Bowler.

Also Read: 3 moves the Dallas Cowboys must make to contend in 2023

With the team limited in the changes they can make to the roster, they will be hard-pressed to add serious impact players to the roster. It begs the question: Is Dak Prescott truly the answer to their QB spot long-term and the man that can take them back to the Super Bowl for the first time since 1995?

The answer is not a definitive yes, and that is why the Dallas Cowboys should ponder moving on from Prescott now, while the market to replace him is as good as it may ever get.

This offseason may actually be even bigger than last spring when it comes to quarterback movement in NFL free agency and on the trade market. Future Hall-of-Famers or talented veterans like Tom Brady, Jimmy Garoppalo, Geno Smith, and Daniel Jones could all be available in free agency.

Beyond that, three-time MVP Aaron Rodgers, Derek Carr, and Lamar Jackson could also be on the trade block. All of those players should intrigue the Dallas Cowboys because some are serious short-term upgrades that can get them a championship, or solid long-term replacements to allow them to improve the roster in other places.

Either acquisition route is something to consider since it seems like they have hit a ceiling with Prescott leading the offense. Furthermore, their trade leverage is strong if teams knew they were getting a two-time Pro Bowler back in return for their franchise QB.

A Dak Prescott replacement could be found in 2023 NFL Draft

What makes this offseason so special when it comes to quarterbacks, is not only does free agency and the trade market have many good options, but the 2023 NFL Draft class for the position is deep. Is there risk in rebuilding from scratch with a rookie QB? Undoubtedly.

However, the previous QB to take Dallas to a title was Troy Aikman. The last signal-caller they used a first-round pick on. The team has tried to find a way around being bad enough to land a top pick in the NFL Draft, but with the prospect crop strong this year, it may be the time to finally take the leap and snag one of the young stars from the amateur ranks. 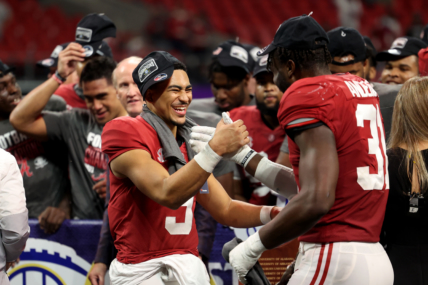 Prescott is certainly young enough and proven enough where the Texans, Raiders, and Colts — teams with picks in the top 10 — may be willing to forego the risk of taking an unproven talent and instead prefer to build around the Cowboys starter. Plus, two trades were made last offseason that saw top picks go to other teams for veteran QBs.

Dallas Cowboys have a solid placeholder in Cooper Rush

If the Cowboys chose a strategy where they did want to find a young QB to build around for the next decade, they have a solid veteran placeholder they could re-sign for next season.

With Dak Prescott missing several weeks early in the season, five-year veteran Cooper Rush was surprisingly effective in leading the team to a 4-1 record in his five starts. Re-signing him would not be expensive, and it would also allow them to guarantee that they re-sign Pro Bowler Tony Pollard, if they could offload Prescott’s top-10 QB contract for a top pick. 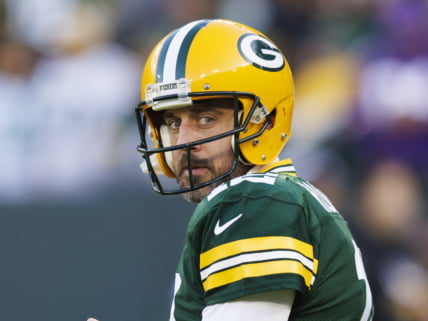 While it would be a tough pill for some Dallas Cowboys fans to swallow, this strategy very well could give them a chance to still be competitive in 2023-2024, while also having massive potential long-term if they identify the right QB to take in the draft.