NFL Draft: 4 trades the New York Jets should consider with the second pick 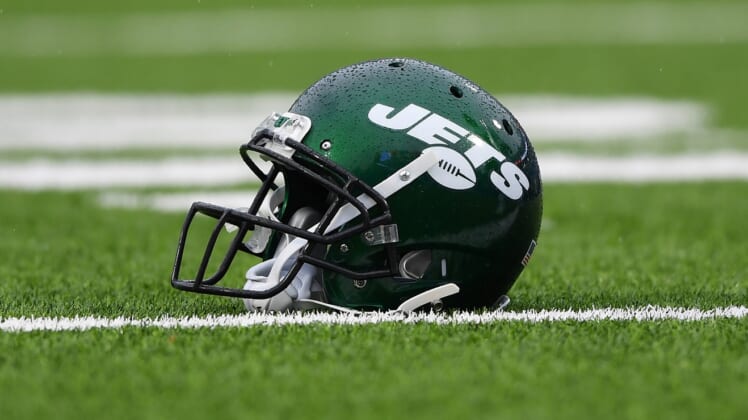 Closing up shop on a two-win season, the New York Jets’ first order of business will to be to find a new head coach. The 2021 NFL Draft, where the Jets are slated to pick second, comes in right after that as a priority for general manager Joe Douglas.

The Jets lost out on consensus top prospect Trevor Lawrence by winning consecutive games against the Rams and Browns in Week 15 and Week 16, respectively. This has led to speculation that Douglas and Co. could pull off a blockbuster trade by sending the No. 2 pick to another quarterback-needy franchise.

New York would acquire an absolutely huge bounty if the team opted to pull off said trade. Zach Wilson (BYU) and Justin Fields (Ohio State) are considered the top quarterbacks after Lawrence. Each one is seen as a potential franchise guy.

Depending on how the Jets view former No. 3 pick Sam Darnold, trading the second pick for a bounty of selections and veteran players could make sense. Obviously, a lot of that is dependent on who replaces Adam Gase as the Jets’ head coach. Below, we check in on four trades the New York Jets should consider with the second pick in the 2021 NFL Draft.

Could the Jets possibly look for a stopgap quarterback while still finding a rookie signal caller within the top-10 picks of the 2021 NFL Draft? That will depend heavily on how Douglas views those veterans set to hit either free agency or the trade block. However, the 32-year-old Stafford could make a ton of sense.

It’s being noted that the Lions are prepared to move off Stafford as they enter full-scale rebuild mode. For his part, the former No. 1 pick likely wouldn’t want to take part in said rebuild. Whether Stafford would even consider the Jets remains to be seen. But he would make sense for the team in a lot of ways.

As for the remainder of the compensation in this hypothetical NFL Draft trade, New York could still potentially land North Dakota State quarterback Trey Lance with the seventh pick while acquiring a second-rounder in 2021 and what promises to be a high first-round pick in 2022. As for the Lions, either Justin Fields or Zach Wilson would be called on to be Matthew Stafford’s heir-apparent.

This hypothetical NFL Draft trade scenario isn’t all-too different from the Stafford deal. The one minor outlier is that these Jets would likely hang on to Sam Darnold while drafting the above-mentioned Trey Lance at eight. In lieu of a veteran quarterback, New York adds a valuable second-round pick in the 2022 NFL Draft.

There’s even a scenario here that suggests the Jets pass up on a quarterback. Rather, a yet-to-be-named new head coach would be tasked with helping Darnold improve under center. In that scenario, wide receivers Ja’Marr Chase (LSU) or DeVonta Smith (Alabama) could work at eight. Let’s not mention the two second-rounders and future first New York would be acquiring in moving down just six spots in the top 10.

This would pretty much be the blockbuster NFL Draft trade to end all blockbuster NFL Draft trades. It would be akin to the Eagles moving up to No. 2 overall for recently-benched quarterback Carson Wentz back in 2016. We know there’s a good chance San Francisco moves off injury-plagued quarterback Jimmy Garoppolo. We also know that the 49ers have a roster capable of contending when healthy.

It would be pretty much the best possible trade scenarios for Joe Douglas and the Jets. By moving down 10 spots in the 2021 NFL Draft, New York picks up two future first-round picks and a second-rounder. This would also likely lead to the Jets retaining Sam Darnold as their starter.

Talk about helping expedite the rebuild in New Jersey in a big way. The only question here is whether San Francisco would give up this type of bounty for either Wilson or Fields. That remains very much an open question.

Whew. You thought the last trade scenario was a whopper, aye? What about the Jets saying the heck with it all and looking to nab one of the better quarterbacks in the NFL? Sure Prescott is coming off a serious ankle injury. He’s also going to cost about $40 million annually.

That’s all fine and dandy. But we’re talking about a 27-year-old quarterback who is more than worth the price tag. Over the course of his past 21 starts, Prescott has accumulated 6,758 passing yards to go with 45 total touchdowns against 15 interceptions. He would be the Jets’ most-notable quarterback since Joe Namath. Let that sink in for a second before denouncing this NFL Draft trade scenario.

As for the Cowboys, they’d then use the second pick on either Fields or Wilson. It would be a way for owner Jerry Jones and Co. to save a whole heck of a lot of cash against the cap while finding a potential franchise quarterback of the future. Dallas would still also have the 10th pick to get another immediate-impact player.