How To Watch Shark Week Without Cable

Sink your teeth into the Discovery Channel’s Shark Week programming. 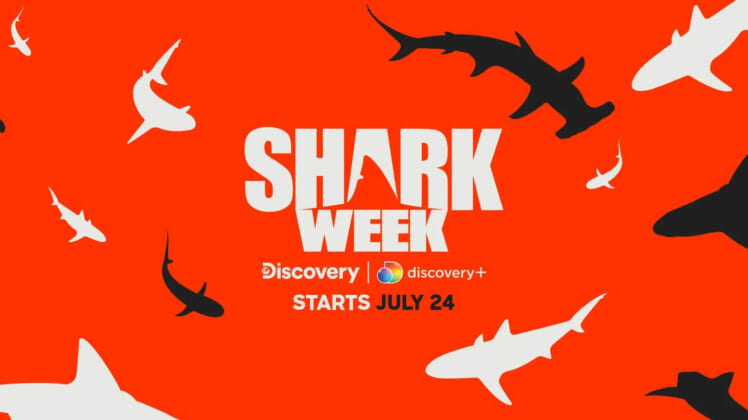 For the first time in the event’s history, Shark Week has brought on a Master of Ceremonies: Dwayne “The Rock” Johnson. The actor and former professional wrestler shared on social media that he filmed material in his home state of Hawaii and will share the importance of the often-misunderstood marine predators to his Polynesian culture. Other guests expected to make appearances throughout the week include Tracy Morgan, Sal Vulcano, James Murray, Brian Quinn, and the cast of “Jackass.”

Aside from the flagship Discovery Channel, the Shark Week TV schedule will be aired and cross-promoted on TBS, TNT, Food Network, HGTV, CNN, Cartoon Network, Adult Swim, Animal Planet, Science Channel, ID, OWN, TCM, truTV, and HBO Max. Here are all the details you need to watch Shark Week without cable.

Where to watch Shark Week

Shark Week will air on the Discovery Channel and its family of networks, but cable isn’t the only option. Streaming services like Discovery Plus, Hulu + Live TV, Sling TV, Fubo TV, and Philo will also give you access to shark-related programming. For cord-cutters, streaming is typically more affordable, has fewer ads, and offers better HD picture quality than cable TV. Here are our recommendations for the streaming services that will provide you with the best Shark Week viewing experience.

Discovery Plus is the cheapest option for catching all the Shark Week action. The streaming service comes from the Discovery family of networks and includes flagship channels like Discovery, TLC, Animal Planet, Food Network, and HGTV. A basic ad-supported plan starts at $4.99 per month and offers a library of shows for nature lovers, fans of true crime, foodies, and reality TV devotees.

If you want a streamlined watch experience without commercials, you can opt for the ad-free version for $6.99 per month. Students are also eligible for a steep 40% discount, coming to just $2.99 per month for Discovery Plus (Ad-Lite). For this low monthly price, students can access over 26 channels and 60,000 episodes of shows like “90 Day Fiance,” “Diners, Drive-ins, and Dives,” “Chopped,” “Property Brothers,” and “Deadliest Catch.”

With the Discovery Plus plans, viewers can tune into Shark Week, but if you’re a sports fan, this may not be the streaming service for you. If you’re on the fence, try out the seven-day free trial to help you decide if the service meets your needs. Sign up ASAP because, for a limited time, you can get Discovery Plus for only $0.99 per month for the first two months.

Stream Shark Week on Discovery Plus

Hulu + Live TV has over 75 live TV channels, unlimited DVR, and a stacked streaming library for $69.99 per month. The ad-supported service includes the Discovery Channel, which is essential for keeping up with Shark Week activities. With Hulu + Live TV, sports fans can live stream programming on ESPN, ESPN 2, FS1, FS2, CBS Sports Network, SEC Network, the Olympic Channel, and more.

A Hulu + Live TV subscription also means you can access ESPN Plus, which carries thousands of live events in basketball, baseball, field hockey, football, ice hockey, lacrosse, MMA, soccer, softball, swimming, diving, track and field, volleyball, and wrestling. The package doesn’t skimp on entertainment either. In addition to Hulu’s collection of original series, hit movies, and TV shows, subscribers can enjoy Disney Plus and its high-profile properties: Pixar, Marvel, Star Wars, and Nat Geo. Hulu + Live TV doesn’t offer a free trial, but if it isn’t a good fit, you can cancel your subscription at any time.

Sling TV is another low-cost live TV option. But to watch Shark Week, you’ll have to sign up for the Sling Blue plan or the Sling Orange & Blue plan, both of which include the Discovery Channel. The Sling Blue package comes with a total of 41 channels, 50 Hours of DVR storage, and the capacity to stream on three devices for $35 per month.

Alternatively, you can purchase the Sling Orange & Blue plan, which comes with 47 channels for $50 per month. Subscribers to Sling Orange & Blue can access Shark Week, in addition to popular sports channels like ESPN, ESPN2, ESPN3, and FS1. Sling TV doesn’t offer a free trial, but new subscribers can currently get half off their first month.

FuboTV is billed as the “world’s only sports-focused live TV streaming service,” and it lives up to the hype. It falls on the more expensive end of the pricing spectrum, but it’s a favorable option for viewers looking for a substantial sports package and a wide variety of channels.

The base package is a $69.99 monthly Pro plan, offering 132 channels and over 100 sports programs from beIN Sports, ESPN, ESPN2, FS1, FS2, NFL Network, The Big Ten Network, The Olympic Channel, and more. The Elite plan levels up with an additional news package and 41 extra channels, all for $79.99 per month. For $99.99 per month, the Ultimate plan includes SHOWTIME and a sports package with 26 additional channels. Finally, FuboTV’s Latino plan is the Spanish-language option, which provides 43 channels and over 100 sporting events for $33 per month.

The Discovery Channel is available with all four FuboTV plans. If you need a test run before committing to the full experience, FuboTV offers a seven-day free trial.

Philo is one of the most affordable streaming services on the market, offering more than 60 channels for live viewing at a reasonable $25 per month. The lineup features outdoor channels like The Discovery Channel, Animal Planet, The History Channel, and many other popular cable channels, including the Food Network, Lifetime, MTV, BET, Comedy Central, and BBC. Users can also record an unlimited number of shows and save them to the DVR for up to one year. Unfortunately, the service doesn’t include sports staples like ESPN and FS1 or broadcast networks like ABC, CBS, NBC, and Fox. Try it out with a seven-day free trial before signing up for the long haul.

How to watch Shark Week on supported streaming devices

These days, there are so many ways to stream content from your TV. The Discovery Channel and its subsidiaries are available for viewing through dedicated streaming media devices like Apple TV or Roku, smart TVs, and gaming consoles, allowing you to add multiple streamers. Catching your favorite show can also be as simple as logging into an app on your phone or through your web browser when you’re on the go. Below is a list of streaming devices for keeping up with Shark Week:

The Discovery Channel is the home of Shark Week, but you don’t need cable to enjoy the festivities. Streaming services are some of the best options for viewing sports and entertainment without draining your bank account. While there are cheaper options available, Hulu + Live TV offers the most bang for your buck. The service is a sports (and sharks) fan’s dream, featuring access to The Discovery Channel, as well as live games from the NCAA, NBA, NHL, NFL, and thousands of exclusive live sporting events from ESPN Plus. On top of that, subscribers can unlock the Disney Plus vault of blockbuster Marvel movies and animated classics or the more than 2,500 titles in the Hulu on-demand library.