How To Watch the Minnesota Vikings Games Live This Season (2022) 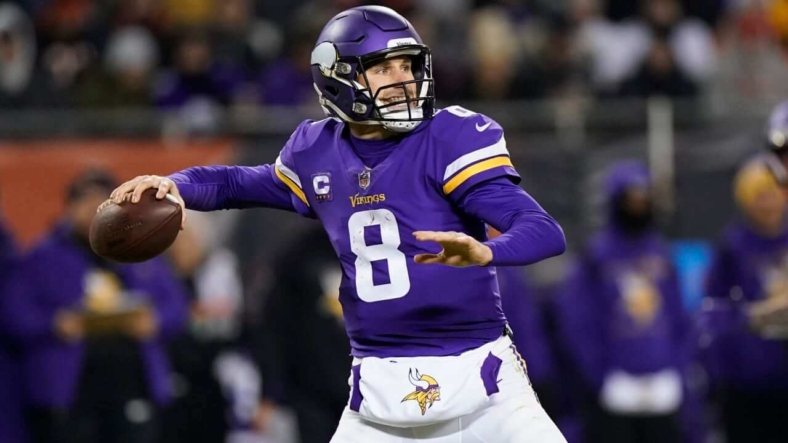 The Minnesota Vikings 2021 season ended in a somewhat difficult fashion, finishing with an 8-9 record and barely missing the playoffs. The franchise execs felt they had the potential to make a deep playoff run but just couldn’t quite secure a spot in the playoffs. Much of the blame was pointed toward head coach Mike Zimmer, leading to his firing after a seven-year stint with the team. The Vikings hope new head coach Kevin O’Connell can bring needed energy and a new philosophy to the franchise.

Superstar third-year wideout Justin Jefferson believes he will flourish in this new offensive system and looks to have another outstanding year. With only a handful of pickups and losses to free agency, this Vikings team will have a similar look this upcoming season. The question is whether the head coach addition can positively impact the culture of this club to ultimately get back into the playoffs and compete for the NFC North title.

You’ve come to the right spot if you’re looking to stream the Minnesota Vikings 2022-23 season. Each streaming service offers networks like Fox, CBS, NBC, ESPN, and NFL Network, so you can catch all the games you want. Let’s break down some of the best options:

Where can you stream almost all of the Minnesota Vikings games?

Sling TV is considered one of the more affordable options for any fans looking to use the service for the upcoming NFL season. The Sling Orange or Sling Blue plans are both $35 per month, or you can choose to combine the two for just $50 per month. You’ll be able to stream all local channels on Fox or NBC, making it an ideal choice for Vikings fans. Plus, you won’t miss a single Monday Night Football game on ESPN. Our favorite part is that all Sling TV plans are 50% off for the first month right now!

The Sling Blue plan may be the better route for you Vikings fans’ who only care to stream football games but the Sling Orange & Blue package is designed for the regular sports fan looking to stream everything sports. Sling TV has a comprehensive channel offering with networks such as ESPN, NFL, NBA, and all your local channels, so it really comes down to what you’re looking for in a streaming service.

Hulu + Live TV gets you access to 75+ live TV channels, which includes all your Minnesota Vikings games and an entire on-demand library of movies, shows, and originals for just $69.99 per month. They also have an ad-free option if you want to upgrade your plan for $75.99 per month. Hulu + Live TV has coverage all over the field with a wide range of supported streaming devices and unlimited DVR. You’ll also get access to ESPN Plus and Disney Plus so that when game-day is over, you can rewatch some of your favorite sports and movies.

DIRECTV STREAM is another great streaming option that offers a no commitment plan, allowing you to end the service once the season is over without being charged a dime extra. Obviously, you can keep the service for all seasons and get access to over 7,000 other streaming apps like Netflix, HBO Max, and more. To make your football season more enjoyable, DIRECTV STREAM also gives you the option to stream on up to 20 screens so that you’ll never miss a touchdown. Make sure to try out the limited time, five-day free trial before choosing a plan. Once you’ve decided on the right plan, you’ll get $40 off your first two months.

FuboTV is built for any die-hard SKOL fans looking for a reliable streaming service. All four of FuboTV’s plans include major channels like beIN Sports, ESPN, ESPN2, FS1, FS2, NBA TV, NBC Sports Network, NFL, and NFL RedZone. If that’s not enough sports channels, get the Sports Plus add-on for access to a number of Stadium and PAC-12 networks. Make sure to try out the seven-day free trial before deciding on the Pro, Elite, or Ultimate plan.

YouTube TV works a little differently from the other services as they only offer one base plan and one Spanish-specific plan. The YouTube TV base package includes 85+ channels from ESPN, NFL Network, NBC, CBS for just $64.99 per month. You can also catch up on all your non-sports related shows with the on demand offerings provided in the Base plan. YouTube TV is currently running a promotion that gives you $30 off the first three months ($10 per month) which could cover more than half of the Minnesota Vikings games.

YouTube TV also gives you the option to upgrade to 4K Plus for a higher-quality picture.