How To Watch the Indianapolis Colts Games Live This Season (2022) 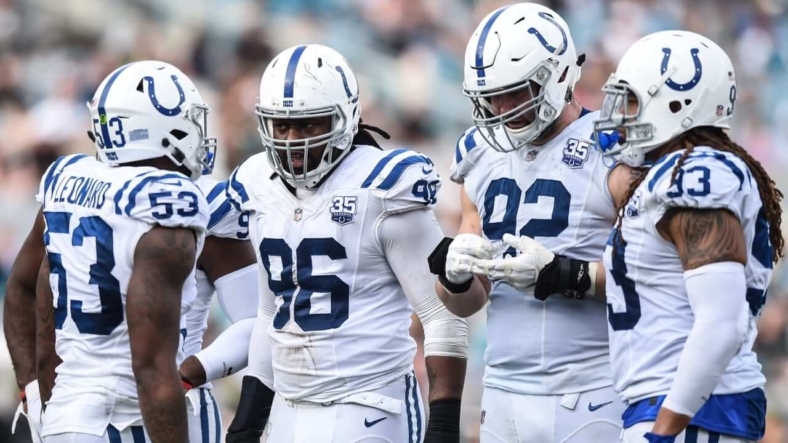 Former MVP and the newest addition to the Indianapolis Colts, Matt Ryan, hopes he can bring the same type of success he brought to the Atlanta Falcons during the 2017 Super Bowl run to Indianapolis, but the rising running back star, Jonathan Taylor, is more than fine with carrying the team on his back. The 2021 rushing leader believes he can defend his rushing crown and bring his team into the playoffs this year.

The Colts’ defense also aims to have another dominant season with the free agents additions of Yannick Ngakoue and former defensive player of the year, Stephon Gilmore. All eyes are on Matt Ryan, who will be the third starting quarterback in three years for the Colts.

If you’re looking to stream all the Indianapolis Colts games live, you’ve come to the right place. You can watch nearly all of the Colts 2022-23 season on a streaming service that offers Fox, CBS, NBC, ESPN, and NFL Network. Here’s a breakdown of the best options.

Where can you stream almost all of the Indianapolis Colts games?

Hulu + Live TV allows you to watch the entire on-demand library of movies, shows and originals as well as 75+ live TV channels for $69.99 per month. You can also upgrade to the no-ad plan for $75.99 per month. Both Hulu + Live TV plans also include unlimited DVR and a wide range of supported devices. You’ll also get premier access to ESPN Plus and Disney Plus with either plan, making your non-football watching days equally entertaining.

DIRECTV STREAM is a new streaming service that offers no-commitments, making it an easy decision to make if you only want to watch for the upcoming season. You also have the ability to opt in for a limited time five-day free trial to see if you enjoy the service before selecting a monthly plan. Once you do decide on a plan, you’ll get $40 off your first two months. DIRECTV STREAM also allows you to watch games on up to 20 screens in your household wherever and whenever. You also have the ability to access over 7,000 other streaming apps like Netflix, HBO Max, and more.

FuboTV is a no-brainer for any sports fan looking for a reliable streaming service. Each of the four plans offers major channels like beIN Sports, ESPN, ESPN2, FS1, FS2, NBA TV, NBC Sports Network, NFL, and NFL RedZone. You can also get access to a bunch of Stadium and PAC-12 networks If you get the Sports Plus add-on. Don’t forget to sign up for the seven-day free trial for the Pro, Elite, or Ultimate plan before choosing the right plan.

One of the more affordable Live TV Streaming options to stream all things football is Sling TV. Starting at only $35 per month, users can access either the Sling Orange or the Sling Blue plan or can combine the two for $50 per month.

The Sling Blue plan might be a better option for the regular football fan based on the channels list, but the Sling Orange & Blue package will get you access to a huge variety of sports content from ESPN to NFL and local channels, making it among the most comprehensive options. If you enjoy more than just football, you may want to try out the Orange & Blue package.

YouTube TV is one of the only services that have just a single main plan. For $64.99 per month, you’ll be able to watch over 85+ channels including ESPN, NFL Network, NBC, CBS, and many more. YouTube TV also gets you access to a variety of on-demand content. Right now, YouTube TV is also having a promotion that gets you $30 off the first three months ($10 per month).

With YouTube TV, you can always pay for additional Sports Plus add-ons or upgrade to 4K Plus for a higher image quality.