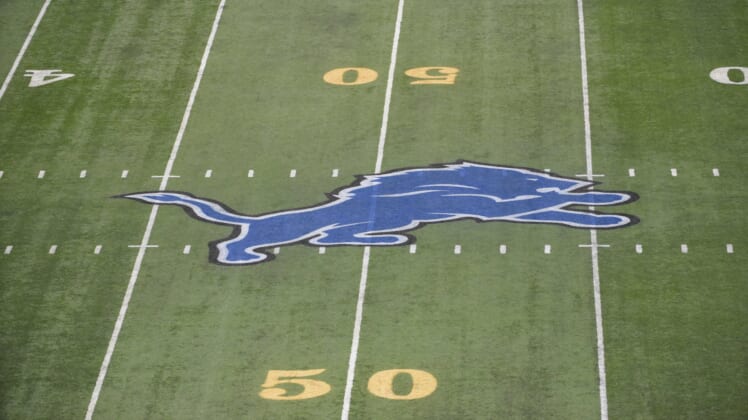 The Detroit Lions kicked off the offseason with the blockbuster Matthew Stafford trade. As the 2021 NFL Draft draws closer, new general manager Brad Holmes could be looking for another move to improve the club’s future.

Detroit signaled the start of its rebuild this offseason by cleaning house in the organization and parting ways with Stafford. While Jared Goff will be the starter in 2021, this is still projected to be one of the worst teams in the NFL. With an emphasis on building a strong foundation for the future, Holmes could use the upcoming NFL Draft as a launching point for this franchise.

Sitting at No. 7 overall this team is in a particularly interesting spot. Four quarterbacks will likely be off the board at that point, leaving Detroit’s front office with a decision to make. It could stay put, with elite left tackle prospect Penei Sewell or playmaking receiver Jaylen Waddle on the board. Either player would be a fantastic addition for the future of this offense. But Holmes might have another idea in mind.

According to The Athletic’s Ben Standig, the Lions are looking for another deal and are particularly interested in moving down from No.7 on draft night.

It could be a gamble for Detroit, given an elite talent might only be available at that spot. But it’s undeniable that teams are desperate for a long-term quarterback, with the Chicago Bears and New England Patriots the most obvious trade-up candidates.

If Detroit’s preferred option is trading down, their decision will then be tied to how far they are willing to fall. Staying within the top-15 picks would be ideal, but Detroit also would receive a stronger return the further it is willing to move down the board.

The Patriots have been connected to two quarterback prospects and at least one should make it past the sixth pick. Bill Belichick likely wouldn’t be willing to package three first-round picks to land his guy, the price the San Francisco 49ers paid, but he can still be aggressive.

In the above scenario, the Lions would be very happy. They would have a trio of first-round selections next year and a pair of second-round picks. At No. 15, the Lions could draft linebacker Micah Parsons, cornerback Jaycee Horn or offensive tackle Christian Darrisaw.

Things get a little more interesting if Holmes is willing to be even more patient. The Bears’ front office enters the 2021 NFL Draft with jobs on the line, creating desperation to find a young quarterback. The Washington Football Team might also be eyeing a specific quarterback.

Trades within a division are rare, especially when it means giving one of your rivals their quarterback of the future. But the Lions probably don’t expect to be competitive for the next few seasons. If the Bears are willing to package multiple firsts and Day 2 selections, a deal could happen.

Sliding down 13 picks means losing out on some quality talent and Detroit would likely be drafting a player multiple tiers lower on its board. But that could still mean landing a cornerback like Greg Newsome II or wide receiver Rashod Bateman. Plus, the future picks and a top-55 selection this year will inject young talent onto this roster.

With the 2021 NFL Draft almost here, it will be fascinating to see how Holmes and the Lions approach things.