How will the Detroit Lions go about bolstering their roster under new coach Dan Campbell and GM Brad Holmes in the 2021 NFL Draft? 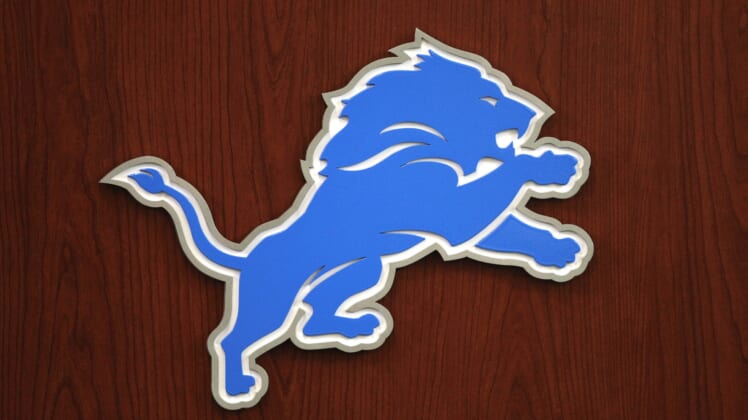 The Detroit Lions are rolling their sleeves up on a rebuild with a change in leadership, as head coach Dan Campbell and general manager Brad Holmes take over key positions in the organization. How will these new-look Lions spend their top picks in the 2021 NFL Draft?

Well, if Campbell’s wild, impassioned introductory press conference was any indication, this should be an absolutely fascinating team to watch over the next couple years.

Much of the strategy around Lions draft picks changed when it traded quarterback Matthew Stafford. At No. 7 overall, Detroit has the power to trade up and nab a new signal-caller, but will Holmes and Campbell be so bold out of the gates? They might not have a choice any longer.

With the Stafford trade adding to the Lions draft picks, giving them the No. 88 overall pick in the 2021 NFL Draft and the Rams’ 2022- and 2023 first-round picks, there are even more possibilities for this franchise.

Let’s take a closer look at where the Lions pick in the first two days of the 2021 NFL Draft, and what some of the most ideal scenarios are for them.

Stafford is a top-10 quarterback in the NFL when all is well, but the problem in Detroit is, he never got enough support. The long-tenured veteran obviously isn’t sticking around for one more year, and a fresh start is best for both parties.

No QB in the 2021 class stands out more than Wilson, other than Trevor Lawrence. With the Jets potentially being in the trade market for Deshaun Watson and already having Sam Darnold on the roster, it looks increasingly unlikely New York will draft a signal-caller at second overall. The Atlanta Falcons have publicly stated their support for incumbent field general Matt Ryan, and they’re picking fourth.

Cincinnati has Joe Burrow under center already, and Philadelphia’s Nick Sirianni hire suggests the Eagles are trying to revamp Carson Wentz’s career. That could well mean the Lions luck out and land Wilson, who looks like the obvious QB2 in the opinion of yours truly.

If the Lions do end up passing on a QB in the draft and either trade for Jimmy Garoppolo, sign Dak Prescott in free agency, or find another proven option, they’d have some really have some freakish collegiate studs to choose from.

Next, there’s Farley. The Virginia Tech product is less polished and experienced than Alabama’s Patrick Surtain at cornerback, yet he might have more upside due to his freakish physical tools.

Detroit can take the plunge on Farley, because it selected Jeff Okudah near the top of the 2020 draft, and the potential to have Farley join him as a starter in the future could lead to the Lions fielding one the elite tandems at the position in the NFL.

Almost equally as tantalizing an option is the potential receiver duo Detroit could provide a new with if Kenny Golladay re-signs. Incumbent wideouts Marvin Jones and Danny Amendola are hitting the open market along with Golladay, so instead of spending what little cap space the Lions currently have on retaining all the receivers, just pay Golladay and draft a stud like Waddle.

Heisman Trophy winner DeVonta Smith will likely either reunite with Tua Tagovailoa in Miami or get nabbed by the Philadelphia Eagles because of his all-around game. Our analysis here, based on multiple mock draft simulations at The Draft Network, Pro Football Network and other outlets, suggest Waddle has the best odds to still be available.

Waddle is the best vertical threat in the 2021 class. His game-breaking speed is an excellent fit opposite Golladay. If the latter is back to draw rolling coverage, Waddle would benefit by having one-on-one matchups where he could blow by opposing defensive backs.

It’s very possible Barmore has heard his name called by this point, or that the Lions would have to trade up a bit to land him. In the event he’s here, though, the interior defensive line is so woeful for Detroit that Barmore would almost indubitably be the unit’s best player right when he walks into the Lions’ facility.

Of course, that’s not to discredit anything the Crimson Tide product has accomplished. A key cog in Alabama’s national title-winning defense, Barmore won defensive MVP honors in the College Football Playoff finale rout of Ohio State, racking up two tackles for loss and a sack on college football’s biggest stage.

Barmore wound up with eight sacks in 2020, so he not only is a stout run defender with great quickness to shoot gaps and blow up plays in the backfield, but he’d also give the Lions much-needed juice to collapse the opponent’s pocket from the interior. That’ll be important in the NFC North division, facing quarterbacks like Aaron Rodgers, Kirk Cousins and, well, whomever Chicago trots out in 2021.

The other Round 2 targets in this section are fantastic gets for Detroit, too. Holland can play either slot cornerback or free safety, and with Duron Harmon becoming a free agent, he’d be in line for a Week 1 starting job. Harmon could even come back and still play alongside Holland as an in-box safety, which is how he began his NFL career.

Again, the linebacker spot takes a back seat here and may be better suited to be addressed in the later rounds. That said, McGrone is somewhat forgotten because he missed a good chunk of 2020 due to Michigan’s limited schedule. In his first significant action in 2019, though, he showed out as the leader at the heart of the Wolverines’ defense, with 65 total tackles (9 TFL) and 2.5 sacks.

Surratt is a former quarterback who would go a long way in helping the Lions’ coverage woes underneath. How’s this for production: 207 total tackles (22.5 TFL), 12.5 sacks, two interceptions and five passes defensed in two years as a Tar Heels starter on a completely different position on the other side of the ball. Impressive stuff.

Granted, Detroit isn’t liable to stick with man-to-man to an almost absurd extent without the personnel to do so, but whatever scheme the team’s new defensive coordinator wants to deploy, Surratt should be more than up to the task. He’s exactly the type of player who’ll benefit from hard professional coaching and should evolve into a great NFL player with more experience at the linebacker spot.

Melifonwu is one of the more underrated cornerback prospects in the class, and could be a great developmental option while Desmond Trufant is in a contract year. At 6-foot-3 and 198 pounds, Melifonwu has incredible length and a great feel for playing zone coverage, which puts him ahead of the learning curve at the NFL level already.

If Trufant was as bad as he was in nine games for the Lions last season (120th out of 121 qualifying cornerbacks, per PFF grades), someone must step up to start across from Okudah. If it’s not a free agent, it could be someone like Melifonwu or another Day 2 draft choice

Eskridge is more of a fun, in-state product scenario to toy with if Detroit doesn’t go receiver in Round 1. He averaged 23.3 yards per catch in 2020 en route to 768 yards on 33 receptions and eight touchdowns in only seven games. His 5-foot-9 frame is thickly built, and he’s as explosive as any wideout who’s bound to be on the board in the third round.

Plus, Eskridge should be a willing, dynamic special teams player, which Campbell would be fired up about.

It really is a “1a., 1b.” type of hypothetical conundrum if Waddle and Farley are both free to draft when the Lions go on the clock at seventh overall. Hopefully for Detroit, that won’t be the decision to make. Maybe it requires a move up, or some other kind of deal, but the pick should definitely be Wilson.

Really, scheme and incompetence were to blame for Matt Patricia’s failings as an alleged defensive genius of a head coach. Okudah and Trufant should be better in 2021 just by the mere fact that Patricia is gone. Anyone masterminding the Lions’ defense next season who isn’t a complete dumpster fire of a coach is going to be a step up for all players involved.

In this utopian Lions mock draft, they wind up addressing defense anyway with a surefire stud in Barmore to bolster the trenches and a linebacker in Surratt who’s really got a chance to be special as long as he lands in the right spot, with the right coaching and scheme in place to let him shine.

Changing the culture is a must for Campbell and Holmes as they embark on hopefully lengthy tenures together. What better players to headline the Lions’ 2021 NFL Draft class than a stud quarterback, a national champion and a leader in the heart of the defense with tons of upside?

There’s always the danger of taking a quarterback too high and forcing it, but the domino effect of Stafford’s departure and what’s happening with teams in front of the Lions in the draft suggests they could still get Wilson, who feels like a step up from Ohio State’s Justin Fields or North Dakota State’s Trey Lance.