Saints assistant Dan Campbell will be the next Detroit Lions head coach, signing up for a six-year contract with the team on Wednesday. 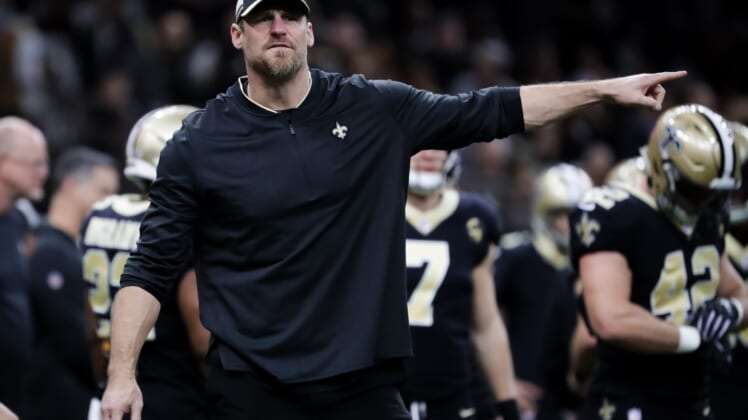 The Detroit Lions appear to be making a massive commitment New Orleans Saints assistant Dan Campbell as their new head coach for 2021 and well beyond then.

Campbell served most recently as the Saints’ tight ends and assistant head coach under Sean Payton, but wasn’t able to finalize his prospective deal with Detroit until New Orleans’ postseason run ended in the Divisional Round this past weekend.

Jeremy Fowler of ESPN reported Campbell would be bringing along retired NFL cornerback and Saints defensive backs coach Aaron Glenn with him to be the Lions’ new defensive coordinator.

Many Lions fans were hoping the team would hire former San Francisco 49ers defensive coordinator Robert Saleh due to his ties to the local area. However, it wasn’t meant to be a homecoming in Detroit, as Saleh accepted the New York Jets’ head coaching job this past Thursday.

In spite of that potential disappointment, Campbell has been a somewhat under-the-radar head coaching candidate in recent years and may well be the right man for the Detroit job.

Campbell is unique in that he was an NFL player prior to embarking on a coaching career. His playing days spanned from 1999 to 2009, as he was initially a third-round pick of the New York Giants out of Texas A&M.

The final season of Campbell’s time as an NFL tight end came with the Saints, where he’d eventually return to hold his current positions on Payton’s staff since 2016.

Prior to his return to New Orleans, though, Campbell actually picked up some head coaching experience. Joe Philbin was fired as Miami Dolphins coach following a 1-3 start to the 2015 campaign, paving the way for Campbell to fill the job on an interim basis.

Despite fielding a team that was clearly a few pieces away from playoff contention and would go on to miss the postseason for a seventh consecutive year, Campbell posted a respectable 5-7 record. He was eventually passed over for a promotion in favor of Adam Gase, who’s now been fired twice as an NFL head coach.

With an animated personality, obvious toughness from his experience as a tight end and high post as the second in command to Payton with the Saints, there’s a lot of respect for Campbell around the league. If the Lions want to establish a hard-nosed identity, there are few better candidates on the market than Campbell to bring that brand of football to Detroit.

Having been with such a consistent winner in New Orleans for several years and learning from one of the best coaches in the business in Payton, Campbell has a great model to follow if he winds up being the man for the Lions. Between Campbell and Holmes, Detroit boasts two dynamic leaders in key positions within the organization.