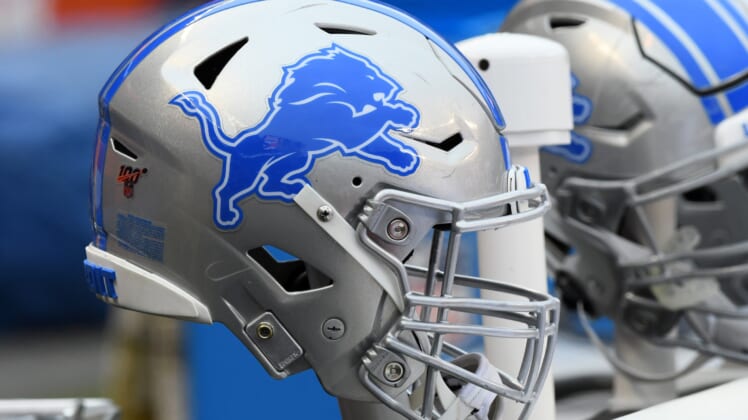 The Detroit Lions have cleared a major hurdle this offseason by filling their general manager on Thursday, agreeing to terms with Los Angeles Rams director of college scouting Brad Holmes to take the job.

Holmes ran the Rams’ past eight drafts, according to the Detroit Free Press’ Dave Birkett, and now after thriving in L.A., it’s up to the 41-year-old executive to have final say on all personnel decisions to revamp the Lions.

NFL Network’s Ian Rapoport initially reported on Detroit’s key hire, and added some context as to why Holmes fit the bill to lead the Lions into their next era:

The compensatory picks the Rams acquired thanks to Holmes’ hiring are huge, because they’re without a first-round pick in the 2021 NFL Draft and can use all the assets they can get to improve their team.

Meanwhile, the Lions are making a serious long-term commitment to Holmes, who’s been relatively behind the scenes in Los Angeles with head coach Sean McVay and GM Les Snead being much more visible. McVay is the celebrated offensive genius, while Snead is known for pulling off aggressive trades.

Holmes must be pretty great at his job in evaluating college talent, because as Snead has sacrificed premium draft assets to win now — notably two first-round picks for All-Pro cornerback Jalen Ramsey — the Rams have built out a deep roster by finding multiple players in the middle to late rounds of the draft, and even undrafted free agents like cornerback Darious Williams. Star safety John Johnson and receiver Cooper Kupp were third-round draft choices, too.

What lies ahead for Brad Holmes to rebuild Detroit Lions?

Well, a few big decisions loom in the immediate future. Even though Holmes has a five-year runway to execute his vision in Detroit, he has several calls to make that will drastically alter the course of the franchise.

First of all, who will be the Lions’ new head coach? An obvious choice with Holmes at the helm would be current Rams defensive coordinator Brandon Staley, who’s been linked to other vacancies and was among the biggest coaching revelations of the 2020 NFL season. Staley led the Rams to No. 1 rankings in total defense and points allowed.

That’s one of many routes Holmes could opt to go. Secondly, what will he do with longtime quarterback Matthew Stafford? By parting ways with the signal-caller, Holmes could help Detroit free up some cap space to bolster the roster in other areas. For one, the Lions’ top three receivers are all free agents, so whether Stafford is there or not, at least one of those playmakers, perhaps Kenny Golladay, stands to sign a long-term deal to stay.

Stafford’s future is directly linked to the third big choice of Holmes’ tenure, though: What will he do with the No. 7 overall pick in the draft?

There’s a real chance to land one of the top four quarterback prospects, but Holmes would need to trade up in order to acquire someone like Ohio State’s Justin Fields or BYU’s Zach Wilson. Perhaps Detroit waits for North Dakota State’s Trey Lance to fall to its spot in the order.

Lots of pressure is on Holmes to turn around a losing Lions culture. If his time with the Rams is any indication, he’s coming from a winning organization and should be a breath of fresh air for a stale Detroit franchise in dire need of a big change.