For the first time since March when multiple women came forward accusing him of sexual misconduct, Houston Texans quarterback Deshaun Watson has posted on social media.

Watson took to Instagram on Wednesday to show himself working out.

The fact that this Pro Bowl quarterback has ended his silence on social media could lead some believing something is up on the legal front. He’s currently battling nearly two dozen women in civil cases stemming from the aforementioned sexual misconduct allegations. Perhaps, a settlement could be on the horizon. 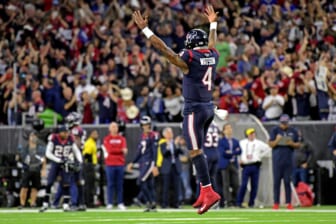 Could a Deshaun Watson trade be in the cards?

Various reports indicate that multiple teams are still interested in trading for Watson should his legal situation be settled ahead of the 2021 season.

The Washington Football Team, Miami Dolphins and Las Vegas Raiders are said to be interested in a trade for last season’s NFL passing champion.

This comes after other teams with perceived interest in Watson seemingly moved on to other options. That includes the San Francisco 49ers (Trey Lance) and Chicago Bears (Justin Fields).

Watson, 25, is among the best quarterbacks in the NFL. Last season alone, he completed 70.2% of his passes for a league-leading 4,823 yards with 36 total touchdowns against seven interceptions.

As the Aaron Rodgers situation takes center stage, there’s now a chance that we would start hearing more about a Deshaun Watson trade what seems to be eons after he requested to be moved early in the offseason. This will obviously depend heavily on the legal situation and whether he faces discipline from the NFL.

As for the Texans, they surprisingly used their first pick (third round) in the 2021 NFL Draft on quarterback Davis Mills. Houston also signed former Pro Bowl quarterback Tyrod Taylor. It seems rather obvious that the struggling organization is preparing for a future without Mr. Watson. 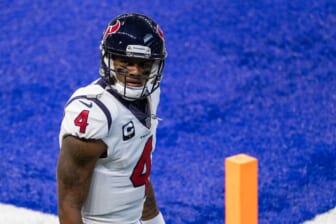 Also Read:
8 teams were interested in Deshaun Watson trade ahead of assault allegations