As the 2021 NFL trade deadline closes in a blockbuster Deshaun Watson trade is increasingly unlikely with increasing reports an agreement won’t be reached by Nov. 2.

The Houston Texans have engaged in negotiations with multiple teams since this summer the parameters of a blockbuster deal that would send Watson to a new team. But with the 26-year-old quarterback still 22 civil suits, 10 criminal complaints and investigations by the FBI, NFL and Houston Police Department for allegations of sexual assault and misconduct, there is hesitancy around the league.

Watson demanded a trade in January, immediately drawing league-wide interest from organizations desperate for a franchise quarterback. Houston initially refused to entertain the possibility of moving him, but everything changed as a wave of accusations came out against him.

While several teams backed away, the Miami Dolphins, Carolina Panthers and Philadelphia Eagles maintained interest The Texans set a high asking price, seeking three first-round picks and additional young assets, and a deal seemed to be coming together in recent weeks. 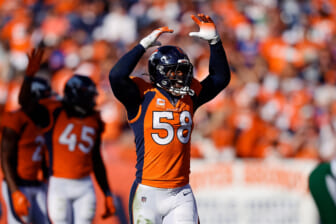 But Watson’s unresolved legal matters could prove too big of a hurdle to overcome. NFL insider Josina Anderson reported Saturday there is a real possibility Watson isn’t traded and remains on the Texans’ roster past Nov. 2.

Carolina reportedly backed away from negotiations before Week 8, believing the asking price was too high amid the uncertainty for Watson’s future in the NFL. While commissioner Roger Goodell stated the Pro Bowl quarterback would be eligible to play immediately, with investigations ongoing, hesitation regarding the criminal complaints has prevented a deal from happening.

Why a Deshaun Watson trade is unlikely to happen

As of Sunday, there were no indications from law enforcement that investigations into the sexual misconduct allegations against Watson would wrap up in the near future. Because of that, with teams seeing the risk of far more serious discipline if charges are filed, general managers aren’t willing to meet Houston’s asking price.

The Texans also aren’t in a position where they feel the price needs to be lowered. In the first year of a rebuild, general manager Nick Caserio is comfortable taking this into the 2022 NFL offseason. By the start of the new league year, March 16, there will be significantly more clarity.

With the NFL trade deadline set for 4 p.m. EST on Tuesday, it seems unlikely that either the Texans or another NFL team would cave. Houston isn’t willing to offer conditions on any draft picks it requires, meaning a team like the Dolphins would still lose three first-round picks and more assets even if Watson faces a grand jury.

Another complicating factor is Watson’s no-trade clause. As part of the contract extension signed before the 2020 season, he can block a trade to any team. It’s been made clear to the Texans that Watson is only willing to approve a trade to Miami right now. 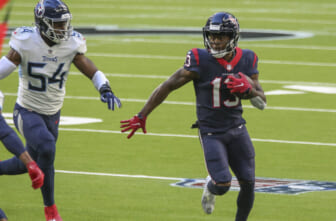 With a settlement unlikely and the joint civil case not scheduled until next year, it would now be a surprise if Watson isn’t on the Texans roster Wednesday.