FBI interviewed Deshaun Watson, but lawyers disagree about why 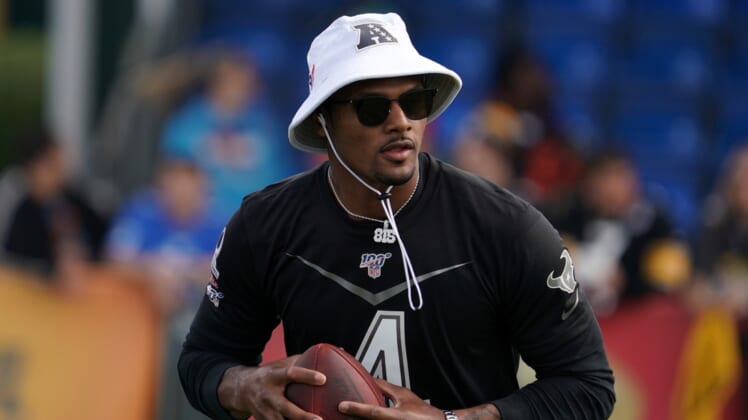 The attorney for Deshaun Watson revealed the embattled Houston Texans quarterback talked to FBI agents who were seeking information about a potential extortion plot against him.

In a news conference Wednesday, noted Houston attorney Rusty Hardin said the FBI was investigating whether one of the 22 women who filed civil lawsuits against Watson attempted to extort money. The women have accused Watson of sexual misconduct during massage sessions.

Hardin’s assertion came after Tony Buzbee, the attorney for the women, said in a recent interview that the FBI was looking into Watson because of the interstate nature of the case, with some of the women located outside of Texas.

“Let’s be clear, when somebody comes into your office on the 73rd floor of the Chase Tower, whether they’re the FDA or the FBI, it’s a big deal,” Buzbee told the website LeagueofJustice.com in an interview posted Tuesday. “Well, it was the FBI. … They contacted me and I’ve met with them three times now and now they’ve met with several of the plaintiffs in the case.”

“I remain convinced that Deshaun Watson did nothing illegal or improper and I’m confident all investigations will show that,” Hardin said during the news conference.

“They came to us and told us they were investigating a matter as to whether one of Mr. Buzbee’s clients had committed extortion in the way they were demanding money from Deshaun or what they would do if he didn’t pay them,” Hardin said. “We talked to them. We were not the ones who contacted them. They contacted us. We even let them interview Deshaun. If you can find a lawyer who would let the FBI talk to his client if the lawyer thought his client had done anything wrong or had any exposure, then I’ll be very, very surprised. We kept that confidential.” 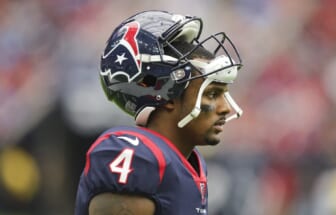 Watson met with the FBI in April, Hardin said.

Watson, who turns 26 next month, is in training camp with the Texans but isn’t being counted on to be their Week 1 quarterback, apparently. The Texans’ three-time Pro Bowl selection isn’t practicing with the team but isn’t injured, head coach David Culley said this week.

Despite signing a four-year, $156 million contract extension with the Texans that’s set to take effect before the 2022 season, Watson has requested a trade.

The Texans will host the Jacksonville Jaguars, an AFC South rival, to open the season Sept. 12. Veteran Tyrod Taylor has been taking the snaps with the first team in training camp.