College football picks against the spread. Week 3 edition. It’s been a tough time to kick off the 2021 campaign, but bettors have more knowledge under their belts, so making calls for this Saturday’s top-25 action will be at least slightly easier.

Alabama quarterback Bryce Young is the clear favorite for the Heisman Trophy through two weeks, and the top-ranked Crimson Tide appear poised to repeat as national champions. However, they have a tough test at Florida, which will mark Young’s highest-profile start yet.

For our breakdown of that game and the other best college football picks for Week 3, continue reading — and see all our bets for the top 25, with game lines courtesy of DraftKings. 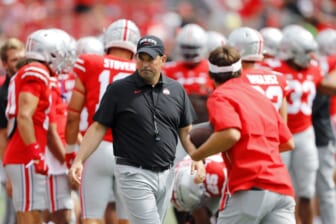 Covering in The Swamp seems like a monumental task, but the Crimson Tide have shown nothing to suggest the challenge will be too big for them. Young hasn’t even unleashed his excellent rushing ability on opposing defenses yet, because he really hasn’t had to. That’s an X-factor to bear in mind in this one.

Alabama has such a big edge at QB, as Florida’s Emory Jones has failed to meet the hype thus far. Jones already has four interceptions in two games against the likes of Florida Atlantic and South Florida. It stands to reason he’ll be forced into multiple turnovers by Nick Saban’s defense.

So if Jones is coughing up the ball, and the Tide win the battle in the trenches as they’re wont to do, what hope do the Gators really have other than home-field advantage, and praying Young becomes unraveled by the heightened atmosphere?

This one really shouldn’t be close. Oddsmakers are probably giving the hosts too much respect. Alabama is the clear-cut best team in college football, and very few can even compete with them right now.

Let’s cool it with the “Bo Nix has finally put it all together!” narrative. Sure, Auburn has put up 122 points in their first two games against cupcake opponents, but his last time out, Nix completed just nine of 17 passes. It’s been more about the rushing attack and the easy throws that’s opened up for the Tigers signal-caller.

Meanwhile, Penn State picked up a quality win over Wisconsin in the season opener and crushed Ball State in Week 2. Most impressive, the Nittany Lions shut down the Badgers’ high-octane rushing attack, and are allowing just 2.9 yards per carry thus far.

Although Auburn is first in the country in run defense, again, those gaudy numbers came against Akron and Alabama State. 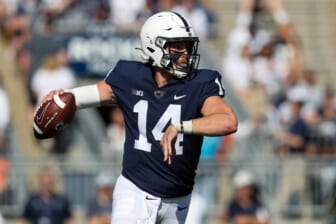 Similar in some ways to their Saturday foe’s commitment to Nix, the Nittany Lions have stuck with Sean Clifford through thick and thin. It’s paying off, as the seasoned senior is playing with confidence after losing five straight to open last year.

Beaver Stadium is one of the most hostile environments for opponents to play in. Nix has fallen flat on the big stage in the SEC time and again. Until he exorcises the demons of yesteryear against a quality adversary, it’s easy to ride Penn State here, as the Nittany Lions continue to ride the momentum of a four-game winning streak to end 2020.

Oh boy. A bold pick that could be a source of instant regret for the author of this article.

Doubting UCLA in Week 1 proved to be a massive mistake, as the Bruins absolutely dominated LSU, proving the Chip Kelly renaissance is definitely real. And while yours truly isn’t taking Fresno State to win this one outright, the massive spread is too good to pass up here.

Why is that? Well, Bulldogs QB Jake Haener is one of the best-kept secrets in the entire country. Haener a second-year starter and may get overlooked for being a little undersized. However, he’s got a rocket right arm and is accurate to all levels of the field. 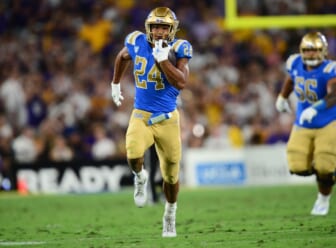 For a quick refresher: Haener nearly orchestrated an upset victory over Oregon, as Fresno State fell short 31-24. The Ducks proceeded to defeat Ohio State last weekend at The Shoe.

It’s not always the most responsible thing to daisy chain games together. UCLA is also coming off a bye. How will the Bruins handle this new exposure due to their success and sudden rise up the rankings, though? It’s very possible UCLA comes out flat, and Haener and the Bulldogs make this closer than the bookmakers want to believe.