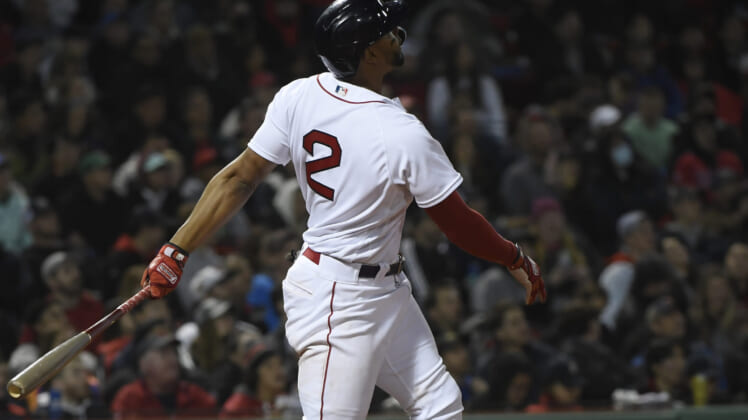 The Boston Red Sox entered 2022 hoping to compete for a World Series and to sign a Xander Bogaerts contract extension. Nearly two months into the season, neither seem like realistic possibilities as Boston plummets down the MLB standings.

Bogaerts, the 29-year-old-shortstop, is eligible to become one of the top MLB free agents in 2023. With an outstanding track record of production on the big stage, the All-Star shortstop is a strong bet to decline his $20 million player option.

As Bogaerts ponders his future, Boston likely reads the writing on the wall. After low-balling their star infielder this offseason, there is very little chance the situation between the two sides improves by July. If the Red Sox aren’t competitive in the American League, the front office might feel the best long-term decision is dealing the four-time Silver Slugger Award winner.

Many St. Louis Cardinals fans would love it if the club promoted top prospect Nolan Gorman and moved Tommy Edman to shortstop. While that’s still a possible outcome, it’s also evident the coaching staff and front office really value Edman’s Gold Glove defense at second base. One way to keep him there is by acquiring Bogaerts.

Entering the weekend, the Cardinals’ shortstops ranked last in wRC+ (29) and OPS (.412) while sitting 28th in fWAR (-0.4). In short, the position is a disaster for them right now. Gorman could be the solution, by moving Edman over, but St. Louis might be worried about what happens when MLB pitchers start overwhelming him with offspeed pitches.

Many fans in Boston might want Gorman, but that’s not happening for a rental player. Given Bogaerts has no incentive to opt into the remainder of his deal and he holds a no-trade clause, teams will view him as a rental.

The Red Sox could push for a package headlined by two-way prospect Masyn Winn, who is quickly rising up rankings, along with left-handed pitcher Zack Thompson. If Bogaerts is willing to sign an extension, then perhaps Gorman is on the table.

The Los Angeles Angels have put it all together thus far in 2022. Really, it’s amazing how good this team is when everyone is healthy. Mike Trout is the favorite in the MLB MVP race, Shohei Ohtani is heating up and the pitching staff is better than expected. Now is the time for the Angels to take an all-in approach.

Entering the weekend, the Angels’ shortstops ranked 27th in OPS (.482) and 28th in wRC+ (46). One of the best lineups in baseball is constantly having to overcome minimum production from an important position. Bogaerts, even as a half-season rental, is a phenomenal solution to the problem.

Los Angeles doesn’t have a phenomenal farm system, ranking far behind the Cardinals. So, the Angels might have to include right-handed pitcher Sam Bachman, their No. 1 prospect, as the headliner in a deal for Bogaerts. It’s a hefty price to pay, but the Angels’ front office can be aggressive and you can be sure ownership would also make a strong contract offer to Bogaerts this winter.

There are jobs on the line right now. The Philadelphia Phillies are one of the biggest disappointments thus far in MLB. Joe Girardi is on the hot seat and president of baseball operations Dave Dombrowski is feeling the pressure. With jobs on the line, the Phillies could be aggressive in pursuing a Xander Bogaerts trade.

Dombrowski has a history of sacrificing the farm system to acquire talent who will help him win now. Bogaerts would fill a massive need for a team with nothing at shortstop. Through more than 30 games, Philadelphia ranks 25th in wRC+ (67) and 24th in fWAR (0.0) among shortstops. While Bogaerts might not be an elite defender at the position, the Phillies are proving they don’t place much value in that. 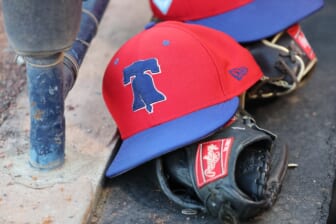 This is the team the Red Sox could potentially take advantage of in July. The Phillies would be far more desperate than the Cardinals or Angels, opening the door to a possible blockbuster deal that really helps Boston’s farm system.