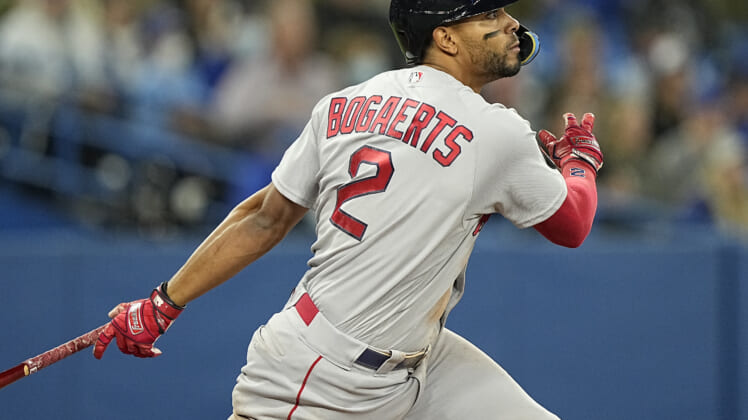 Boston Red Sox shortstop Xander Bogaerts can become one of the top MLB free agents in 2023, holding a player option this offseason that would allow him to test the open market. Given Boston’s recent moves and some comments made, the All-Star infielder might not be with the Red Sox for much longer.

Bogaerts, age 29, was open to a contract extension this spring. However, the contract offer he reportedly received from the Red Sox fell well short of the salaries many of his peers found in free agency this past offseason.

A two-time World Series selection and a three-time All-Star, Bogaerts is also aware of the moves made by Boston in recent months that could signal their intentions.

Boston selected shortstop Marcelo Mayer with the 4th overall pick in the 2021 MLB Draft. Mayer, arguably the top prospect in the 2021 draft class, is years away from any potential MLB debut. However, there is a belief his physical tools offer the upside to become a star at Fenway Park if he develops.

Another mode became an even bigger sign that Boston might be ready to move on from Bogaerts after the 2022 season. The Red Sox signed Trevor Story to a six-year, $140 million contract. While he is playing second base this season, there is a belief the long-term plan is to move him back to shortstop when Bogaerts departs.

There is now even more reason to believe a departure is inevitable. MLB insider Jon Heyman spoke to a close friend of Bogaerts who predicted the MLB star is “going to leave” this winter after opting out of his contract.

A separation this offseason feels extremely likely, especially with the existing circumstances in Boston. It also might create a new question for the front office.

It’s been a disastrous first month of the 2022 season for the Boston Red Sox. Entering the weekend, the club had a 10-17 record with a three-game losing streak and dropped seven of its last 10 games. Run production is a major issue, with the Red Sox ranked 24th in runs scored (92) despite having one of the highest payrolls in the majors.

Bogaerts isn’t the problem. He’s the most productive hitter in the lineup right now, providing consistency at a time when many of his teammates either aren’t producing or can’t deliver timely hits. To make matters worse for Boston, its bullpen is also a major issue. 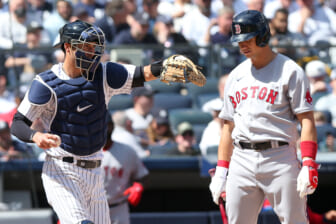 While the farm system is deeper than it used to be, it’s still not at a point where the front office could make significant moves. Frustration over ownership not being willing to approach or surpass the higher tiers of the Competitive Balance Tax is also holding the team back.

If Boston can’t turn things around by the middle of June, Bogaerts name will likely start to be floated in trade rumors. Considering the front office likely knows he plans to opt-out and there aren’t intentions of paying him the market value, the Red Sox might flip him at the MLB trade deadline. Unfortunately, his value will likely be limited with other teams viewing him as a half-season rental.