3 reasons why the Indiana Pacers’ winning streak is sustainable 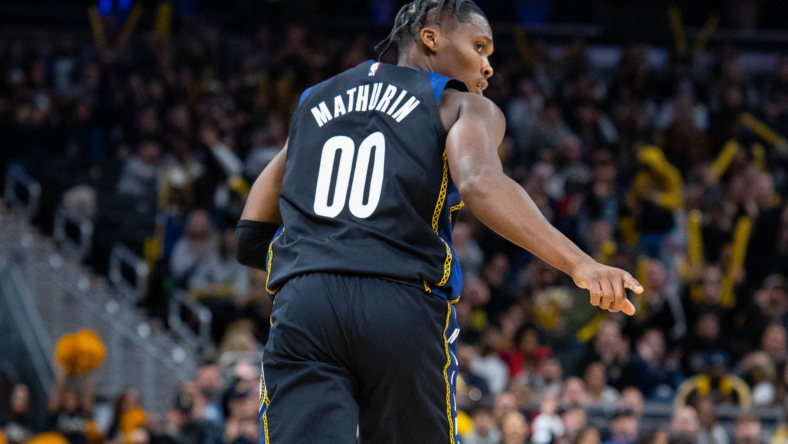 The Indiana Pacers are currently on a five-game win streak. Their record overall is now 10-6 after they swept Orlando in their mini two-game series. The last time the Pacers had this long of a winning streak was from January 10th, 2020 – January 20th, 2020. Their next game is tonight at home against Minnesota, with tipoff at 7 PM ET.

A young team that is gaining valuable experience

You tend to see young teams make inexperienced mistakes that cost them wins. For example, poor clock management, trying to win the game all in one play, or not being able to close out hard-fought battles. This inexperience is specifically highlighted in one-possession games.

However, the Pacers are currently 2-2 in those one-possession games. And if you look at those specific instances where Myles Turner was active, they are 2-1. There will be more on Turner’s impact to come. Circling back to the team’s production in close games, the opponents the Pacers have faced in these games are something to be noted.

The presence of Myles Turner

As previously mentioned, Turner has missed some games. To be specific, he missed the first four to start the season and wasn’t back to his normal workload until the second game against Washington. Regardless, he’s currently averaging career-high marks in several categories.

Since he’s returned from his ankle injury, the Pacers have gone 9-3. During his time missed at the beginning of the season, they were 1-3. Now, this is a small sample size for sure, but you still have to play the teams on the schedule.

There are plenty of stats to back up his importance and value.

*He didn’t play in the first game against Brooklyn.

A reason for the drastic change in defense is because of Turner’s ability to block or alter shots. He is currently averaging three blocks per game which is the second-highest rate of his career. And he has a 31-consecutive-game streak with at least one block. This skillset and his presence are greatly important to the Pacers.

Indiana Pacers stars are doing what they’re supposed to

One of the biggest reasons why this team is having the success that they are is because their main players are doing what they’re supposed to be doing. Now, don’t get it twisted, the rest of the team is contributing as well. However, the guys like Turner, Tyrese Haliburton, Bennedict Mathurin, and Jalen Smith are doing the heavy lifting and setting up their teammates for success.

In the 16 games they’ve played, the aforementioned players have been the leaders for the Pacers.

These players have been the most consistently reliable players for the team. Opposing defenses are game-planning for these guys, and it’s allowing other players to have unexpected big games. For example, Aaron Nesmith’s 19-point explosion against Orlando, Buddy Hield’s three games as the leading scorer, Chris Duarte’s 30-point game against Brooklyn, and T.J. McConnell’s double-double against Orlando.

Unfortunately, this winning streak will end at some point. Regardless of when it does, the bottom line is it was not a fluke. This team will get on another winning streak again at some point in the season. The talent on this roster is exceeding initial expectations, and that alone gives fans reason to celebrate.