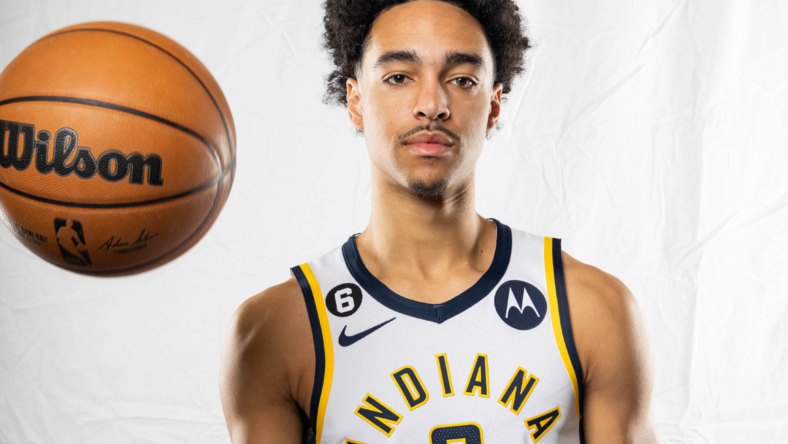 The Indiana Pacers have stated that they are in a rebuild this year. However, this message may have yet to resonate with the players, or maybe it’s fueled this team to perform at the level that they are currently.

As of this writing, they are 5-6 on the season and coming off a disappointing three-point loss to Denver. The Pacers were able to lead for most of it. Unfortunately, they just weren’t able to close out the game.

A player who, unfortunately, had a bad night after two really good games was rookie Andrew Nembhard. However, Pacers fans shouldn’t be too concerned with his performance, because he is primed to be a major part of the team’s rebuild.

Nembhard is the Pacers’ second-round pick from this year’s draft class. On draft night, there are probably many who said “who’s that?” when his name was called. For those that love basketball, specifically college and NBA (raises hand), the response to the selection was “I like this pick. Future backup point guard, maybe a starter if things go right.”

Nembhard is a 6-foot-5 guard from Gonzaga. For those unaware of where Gonzaga is located their out in the Pacific Northwest in Spokane, Washington. Their current head coach Mark Few has built the basketball program into a WCC powerhouse and a perennial NCAA tournament participant.

In the last couple of seasons, he was able to recruit a pair of Top 5 one-and-done prospects, Jalen Suggs and Chet Holmgren. Nembhard was able to play with both of them after transferring from Florida after his Sophomore season. In fact, Nembhard had to replace Suggs as the team’s starting point guard this past season. 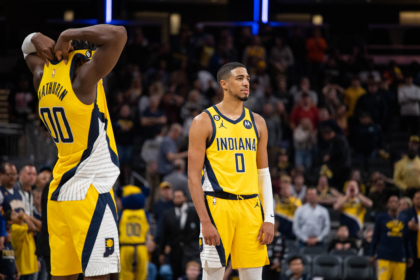 Also Read:
Indiana Pacers could be developing the best backcourt in team history

Talk about some major shoes to fill. He did an admirable job as the team went 28-4 overall and 13-1 in WCC and earned the number one overall seed in the March Madness tournament. They unfortunately were bounced out of the tournament prior to making it back to the title game.

However, Nembhard was able to successfully lead the team to be the highest-scoring team in the country in back-to-back-to-back years. Fast forwarding to draft night he was hoping to be a first-round selection. Unfortunately, or fortunately, depending on your vantage point he was the first pick of the second round, 31 overall, by the Indiana Pacers.

He has said this is the best place for him as it’s a basketball place and he’s a hooper. When the season started, he was the team’s third-string point guard behind Tyrese Haliburton and T.J. McConnell. However, after only nine games into the season, it was Nembhard who was moved into the team’s starting lineup against New Orleans.

As previously mentioned, when the season started he was buried on the Indiana Pacers depth chart. In fact, he didn’t even play on opening night against Washington. However, in the second game, he played for over 30 minutes. Then the next night we played for less than 10 minutes.

His playing time would be inconsistent like this until the aforementioned ninth game of the season against Miami. There he would play for over 27 minutes in the team’s big win. However, it was his play in the first meeting against Brooklyn that would put him in the spotlight. In that game, his on-ball defense stood out as he guarded Kyrie Irving by himself to end the game.

Unfortunately, the following up matchup between the two teams was not so good for Nembhard. This isn’t totally unexpected from rookies, as it takes time to adjust to the NBA style. As previously mentioned, Nembhards performance in the Miami game was good enough, coupled with Chris Duarte’s injury, to vault him into the starting lineup for the past two games.

What Pacers fans need to know about Nembhard

Again, for those that are unaware of Nembhard, this is a former five-star recruit in the 2018 class. In fact, he was the 23rd overall player and number six point guard. He makes the fourth five-star recruit on the team; Nembhard, Jalen Smith, Myles Turner, and Isaiah Jackson. For those wondering, Bennedict Mathurin, Haliburton, Aaron Nesmith, Duarte, Buddy Hield, and Oshae Brissett were all either four or three-star recruits.

Nembhard started his college career at Florida University before transferring to Gonzaga. To date, there isn’t a clear reason why he chose to switch schools. Regardless though, he made a great decision in schools. The style of play that Gonzaga runs matchups perfectly with the style of play that is best for him, the pick and roll.

The NBA loves pick-and-roll offense. So, it’s no surprise to see Nembhard having success. There are, however, some areas of his game that needs improvement. In his first year at Gonzaga, he got to play alongside lead guard Jalen Suggs. Nembhard’s own statistical numbers weren’t nearly as high as the following year. When he was running the show. 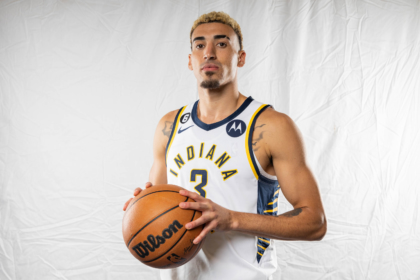 For now, Haliburton looks like he will be with the Indiana Pacers for the rest of his career. So, Nembhard will need to better learn how to play alongside a superior point guard. The other thing that he’ll need to continue to improve on, is his defense. He’s already shown to be a good defender but he does need to become better and pick up some more foot speed.

Regardless, the Indiana Pacers have made another home run draft selection with Nembhard. He is showing the fans, this organization, and the rest of the league that he can play in the NBA. And Pacers fans can expect him to continue to be one of the main players in the team’s rotation.