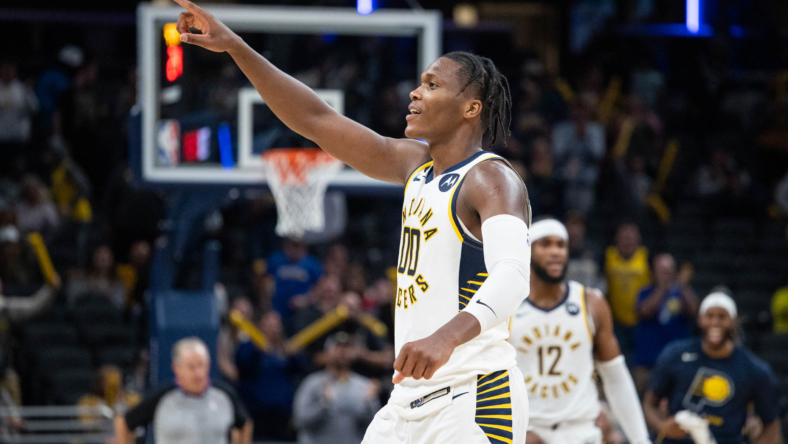 The Indiana Pacers were not projected to be a very good team this season. And, so far, that is true. The team is 1-3, but could very well have been 3-1. Despite the current losing record there is still so much to be excited about. Especially rookie Bennedict Mathurin.

Tyrese Haliburton is continuing his strong play in the Blue & Gold uniform and last season’s rookie Chris Duarte is off to a slow start but fans should not worry. Big men, Isaiah Jackson, and Jalen Smith are both playing well to start as well. Even if some would like better play from Jackson.

However, rookie first-round pick Bennedict Mathurin has been a different story. Let’s take a look at why the Arizona standout is giving Pacers fans hopes of a second potential franchise player.

Bennedict Mathurin has been better than advertised

In Mathruin’s first three games he’s scored the most points by an NBA rookie since 1995. Some of the other players to have matched Mathurin’s 72 points since 1980 are Isiah Thomas, Dominique Wilkins, and Jerry Stackhouse. Here are his averages in his firt three:

There have to be a lot of NBA teams that wish they drafted Mathurin instead. He has been far better than most thought he would be at this time in his career and he is putting his name squarely at the table for the Rookie of the Year award. Even factoring in his fourth game his stats are still fantastic.

At the least, Mathurin brings effort and win-first attitude

In looking at his small four-game sample it’s easy to get caught up in it and want to build a statue for him out front of Gainbridge. However, everyone does need to keep in mind he’s a rookie, and rookies struggle. So while this is great, there is going to be a time when it won’t be the case.

Now, as to how much he’ll struggle and the impact it will have on his stats is a wide range of possible outcomes. The possibility can be anywhere from being bumped from the rotation to moving into the starting lineup. What we do know and can guarantee is that Mathurin is going to compete every single night.

The 20-year-old kid loves to win and wants to win every time he steps onto the court. So, it should come as no surprise to anyone when he does whatever it takes to get that victory. And with that being said it is fair to think that his statistical output won’t drop too much over the course of the season. Most would have thought the productivity he is showing now is what he’d show later on in the season.

The next long-term backcourt Pacers duo

Another reason why he should continue his success and not suffer too badly is his teammate Haliburton. As previously mentioned, he is continuing his strong play with the Pacers from the end of last season. While the organization and many fans view him as the next great Pacers legend like Reggie Miller. It’s possible he might be more like Miller’s old backcourt teammate, Mark Jackson.

Or it’s possible that both Haliburton and Mathurin stay with the Pacers’ franchise for the rest of their careers. Regardless, these two young players have the looking and making of the next big duo. Not just in the Pacers’ history but in the NBA. These two guys are young ascending elites at their respective positions. 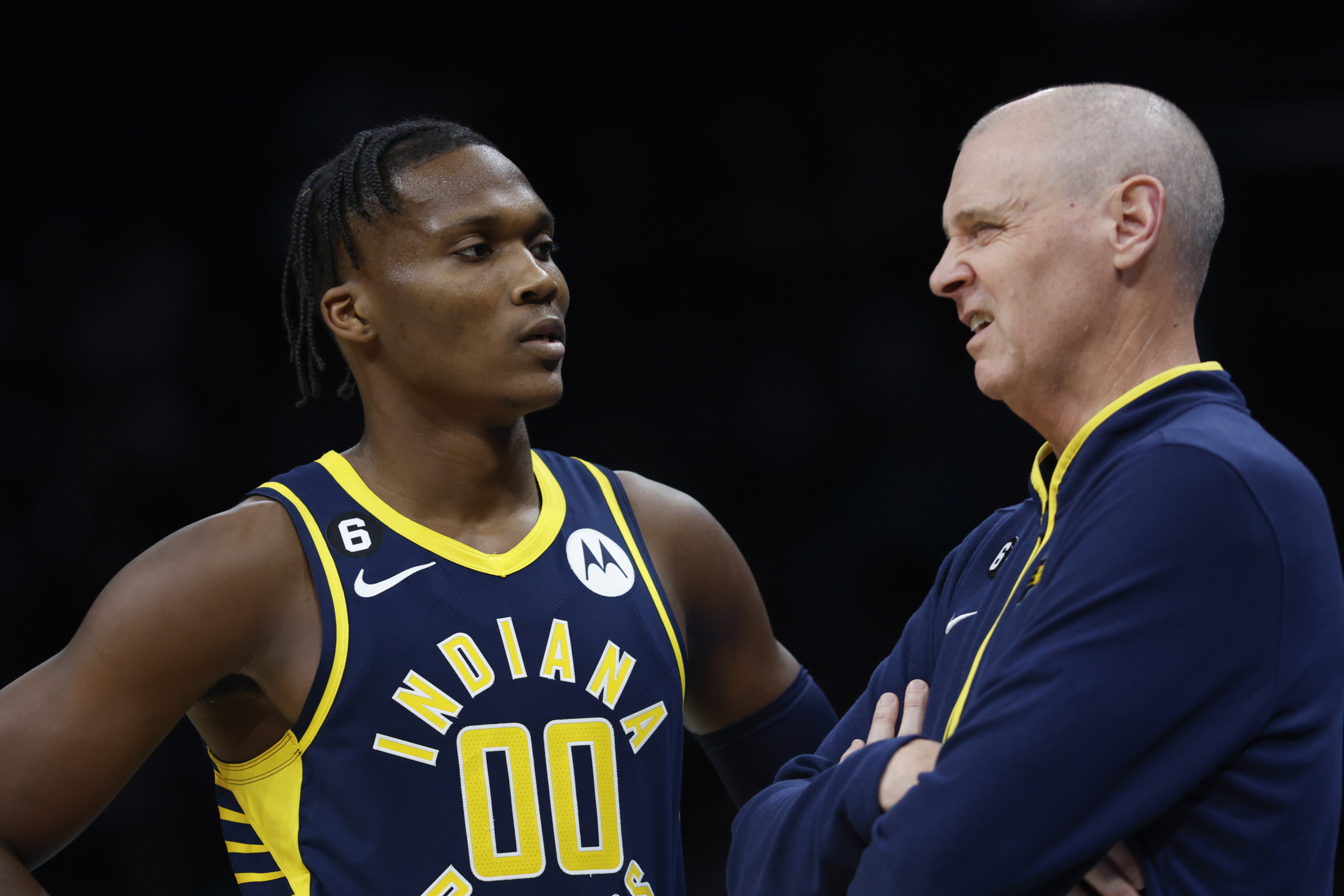 Mathurin will continue to get better as the season and his career goes on. In turn, it will help to elevate Haliburton’s game as well. Mathurin is arguably the best athlete the franchise has ever drafted. And when it’s all said and done he will be the best Pacer to have ever worn the blue and gold jersey.