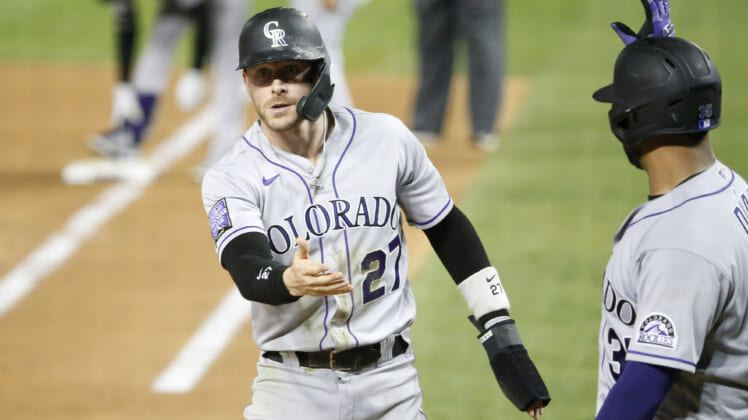 Trevor Story, one of the top MLB free agents, has reportedly narrowed down his decision to four teams with a decision for the All-Star shortstop closing in.

Story, coming off an injury-marred 2021 season, is still viewed as one of the best infielders in MLB. The 29-year-old entered the offseason ranked behind Carlos Correa and Corey Seager as the third-best shortstop available.

Following the extended MLB lockout, interest in Story immediately picked up with multiple AL and NL clubs engaging in contract discussions. As MLB Opening Day draws closer, it appears the star infielder is close to a decision.

According to Jon Heyman of MLB Network, the Boston Red Sox and San Francisco Giants are among the four finalists to sign Story. The identities of the other clubs in the running are undisclosed.

Interestingly, both the Giants and Red Sox would shift Story to second base. It could be a short-term position switch with Brandon Crawford (2024) and Xander Bogaerts (2023) eligible to hit the open market within the next two seasons.

Signing with the Giants would provide Story with familiarity after spending his entire MLB career in the NL West with the Colorado Rockies. However, Fenway Park is a more hitter-friendly stadium and the opportunity to join a marquee club with a great lineup surrounding him could be even more appealing.

Barring a surprise, Story will likely sign with his next team before there is any clarity on where Correa is headed.