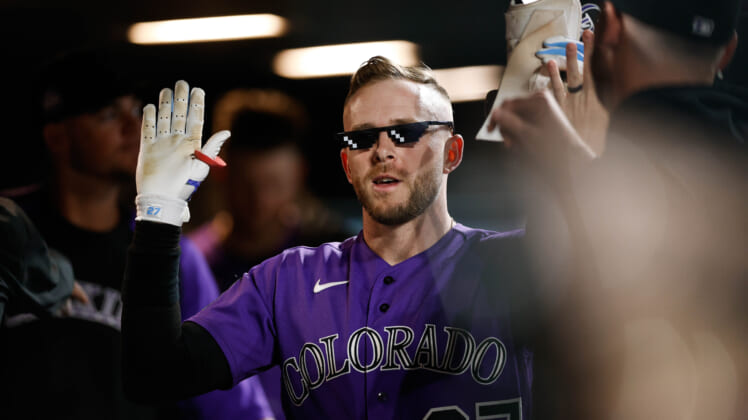 As the Boston Red Sox schedule draws closer and the top MLB free agents come off the board, it seems free-agent shortstop Trevor Story could be the next target on the club’s radar.

Boston pursued All-Star first baseman Freddie Freeman, but he ultimately signed with the Los Angeles Dodgers. With Kyle Schwarber joining the Philadelphia Phillies, the Red Sox are seeking a middle-of-the-order bat to improve their lineup.

According to MLB insider Jon Heyman, the Red Six are now taking a look at Story. There will be significant competition for him, though, with the St. Louis Cardinals, Minnesota Twins and Houston Astros also pursuing him.

Story has played shortstop throughout his MLB career, but Boston wouldn’t move Xander Bogaerts off his primary position. Instead, the 29-year-old former Colorado Rockies star should shift to second base and provide the Red Sox with two quality fielders in the middle infield.

Any potential deal will likely cost Boston at least $22 million per season with a contract starting at four years. While it would be a significant financial commitment, the Red Sox have trimmed payroll in recent years and the Competitive Balance Tax spiked thanks to the new CBA.

Given Story’s preference to stick at shortstop, Boston likely isn’t the favorite to land him. However, they are also exploring the trade market with interest in Oakland Athletics pitchers Frankie Montas and Sean Manaea.