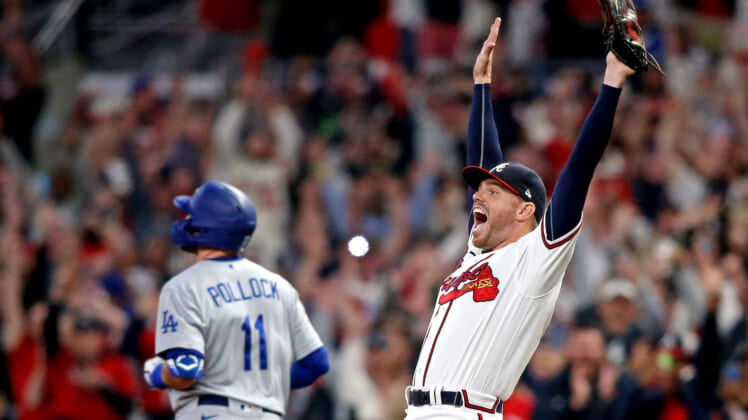 Freddie Freeman is finalizing a deal to sign with the Los Angeles Dodgers, returning home to California after spending the first 12 years of his MLB career with the Atlanta Braves.

Freeman, the 2020 NL MVP, grew up in Fountain Valley, California. He’s earned five All-Star appearances since 2013 and made the All-MLB Second Team in 2021.

Originally selected by the Atlanta Braves with the 78th overall pick in the 2007 MLB Draft, the left-handed slugger spent his entire career with the Braves organization. From 2010-’21, he hit 271 home runs with 941 RBI and became the face of the franchise.

After winning the World Series with the Braves in October, many expected Freeman to remain with the club ahead of MLB free agency. However, the three-time Silver Slugger Award recipient (2019-’21) could never come to terms on a long-term deal. He ultimately said his goodbyes to the Braves’ organization and their fans earlier on Wednesday.

“I don’t even know where to begin. For the past 15 years I got to be apart of your organization. It was truly an honor. We went through the very highs together and some lows but those lows is what made last year so special. You watched me grow up from a baby faced kid to marrying my love @chelseafreeman5 and seeing us bring 3 beautiful boys into this world. I’m so glad my family got to be apart of yours!

To Snit, my coaches, teammates, training staff, clubhouse staff, and everyone who made Turner Field and Truist Park so special for my family and I over the years. Thank you from the bottom of my heart. It has been a blast to have you cheer for me and I hope I was able to bring smiles to a lot of your homes over the years.”

Freddie Freeman on leaving the Braves, via his Instagram

Ken Rosethal of The Athletic noted Wednesday evening that the deal is expected to come in at $160 million over six seasons. Meanwhile, his colleague Jim Bowden reported that Freddie Freeman to the Dodgers “is happening.”

Once Atlanta acquired All-Star first baseman Matt Olson, who grew up in Georgia, it signaled the end of Freeman’s tenure in Atlanta.

The Dodgers entered spring training as the favorites to win the National League in our 2022 MLB predictions and their chances are even stronger with the massive lineup upgrade.