The San Francisco 49ers and Seattle Seahawks kickoff NFL Wild Card Weekend with a matchup that feels very much like a battle between an NFC version of David versus Goliath.

The Seahawks and 49ers are surprise teams this season for very different reasons. After trading away franchise legend Russell Wilson in the offseason, Seattle was expected to have a down year as they rebuilt their way past the Wilson era. However, Geno Smith was a revelation and is a shoo-in to win Comeback Player of the Year after leading the ‘Hawks to the playoffs.

The 49ers weren’t a surprise for being a dominant team this season, the shocker came in how they went about it. The squad had an elite-level defense that carried them all season long, but they actually seemed to get better offensively when third-string rookie QB Brock Purdy stepped into the starting spot. After the two men above him in the depth chart — Trey Lance and Jimmy Garoppolo — went down with season-ending injuries.

However, what wasn’t surprising was how easily San Francisco beat Seattle in their two matchups in 2022. The Seahawks are a sizable underdog on Saturday and have a massive challenge to deal with on the road.

With that in mind, we make four bold predictions for arguably the biggest mismatch on Wild Card Weekend 2023.

Saturday is a hugely important moment in the career of Seattle Seahawks QB Geno Smith. Not only is he making his first well-earned start in the NFL playoffs, but he is also trying to up his value for a jump into free agency. After Tom Brady and Lamar Jackson, the nine-year veteran is the best QB on the market and is hoping to cash in. 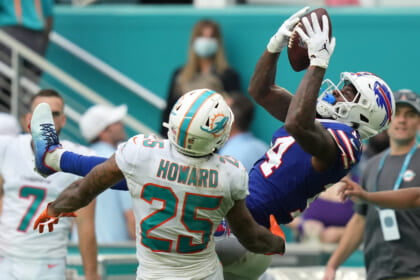 Unfortunately for the 32-year-old, there couldn’t have been a worse team to play right now. The ‘9ers have won 10 straight and have a nasty defense. Making matters worse, the San Francisco D has seen Smith twice this year and held him and the offense to 13 or less each time. Plus, the scouting report seems to be out on the QB and he has been slumping in the final four weeks of the season.

There will not be a surprise “third times a charm” turnaround for Seattle this weekend. Look for the San Francisco faithful to galvanize the defense into being game-day bullies and force Smith into two interceptions, two fumbles, and keep him under 200 yards throwing.

Brock Purdy finally has a bad day, has 3 turnovers

While Smith will have a long day under center for Seattle, he won’t be alone, because Brock Purdy is long overdue for a rough afternoon.

The rookie’s run so far has been downright magical. He was thrust into the starting job due to a shocking turn of events. Yet he has been outstanding in managing the offense and making the unit an equal instead of a weakness over the last five weeks. It has been stunning how poised he’s been so far and has limited his turnovers. That is bound to change because all rookie QBs have major growing pain moments. 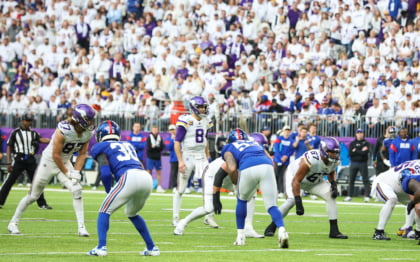 The funny thing about the playoffs is it amplifies the intensity and pressure. It forces veteran players into making uncharacteristic decisions or exposes the inexperience of youth. While the young San Francisco 49ers QB has been impressive in his first five starts, he will have a long overdue fall to Earth in his first playoff appearance. Tossing two interceptions, fumbling once, and posting his first game with 10 or more passes with a completion percentage below 60%.

Christian McCaffrey has been everything the San Francisco 49ers hoped for when they acquired him before the NFL trade deadline. He has given them the one dimension their offense missed, and gave Purdy a responsibility outlet to make his transition into the starting role much smoother than expected.

The six-year veteran will also be making his playoff debut on Saturday and he will make it one to remember. Over the last few weeks, McCaffrey has been on a tear and posted three 100-plus-yard rushing performances in his last 5. He will do that again versus the Seattle Seahawks while also racking up another 70-plus through the air.

When all is said and done, Christian McCaffrey will have had a career day with over 200 total yards.

The Seattle Seahawks had trouble posting points against the 49ers’ defense in their first two games. They were held to seven in their Week 2 encounter, then just 13 four weeks ago. A case could be made that maybe the Seahawks have figured out what they did wrong and Tyler Lockett, DK Metcalf, and Kenneth Walker III will run rampant on the San Francisco 49ers’ defense. Don’t bet on it.

While the San Francisco 49ers D can be exposed through the air at times, it won’t happen Saturday as they make a serious statement in their NFC Wild Card game and go three-for-three this season in holding the Seahawks to a lone touchdown over four quarters. 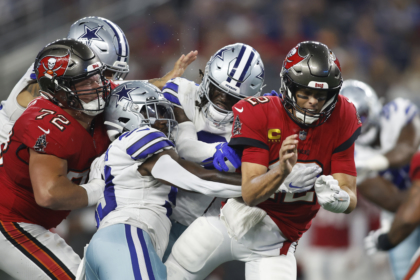